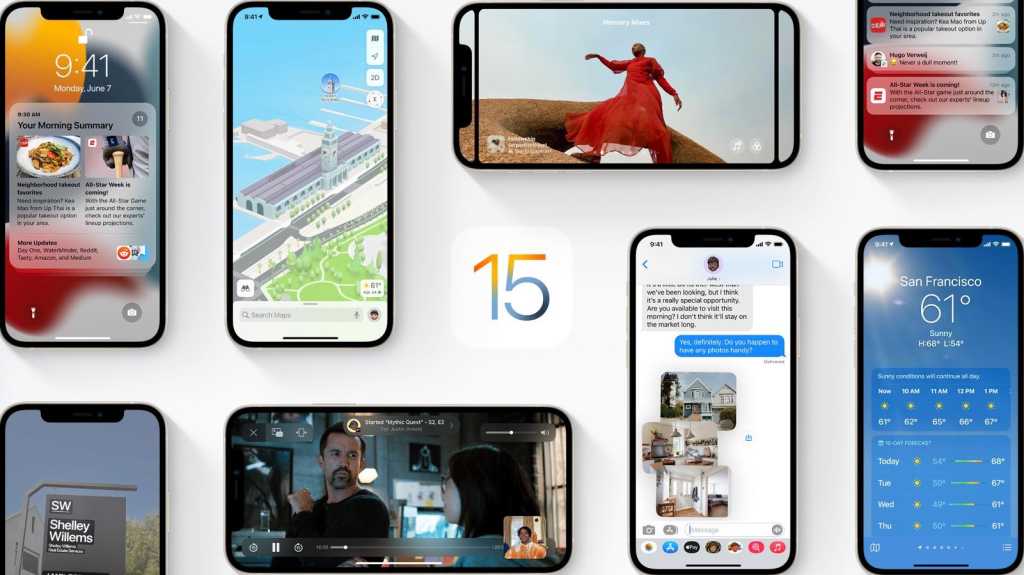 Apple rolled-out iOS 15 in September and there have already been a few updates, two minor and one major. Now the company has released iOS 15.2 to the general public.

Apple began work on iOS 15.1 on 21 September – the day after iOS 15 launched. The iOS 15.1 update was finally made available to the public on 25 October, just over a month later.

Apple’s taken a little longer over the iOS 15.2 update, but the release candidate was released on Tuesday 7 December, and the full version on Monday 13 December 2021.

The iOS 15.2 update allows Apple to address some of the bugs in earlier versions, and add some of the previously announced features that hadn’t yet made it into iOS 15. To find out more about the missing features read Eight iOS 15 features that will be missing at launch.

Here’s what you can expect to find in the next update to iOS 15:

We were wondering what had happened to Apple’s promised cut price version of Apple Music, that can only be controlled via voice and Siri. The service appeared in the public beta on 7 December. Unlike the full subscription, subscribers will not have access to content in 3D audio, videos or lyrics. It’s half the price of the next cheapest subscription at £4.99/$4.99 per month. There’s a range of new playlists to take advantage of it, but you’ll be completely reliant on Siri.

iOS 15.2 adds a Parts and Service History where iPhone repairs and any parts that have been installed will be detailed. The new system will detect the battery replacement in iPhones XS and XR and later, for example. For iPhone 11 the new display will be recognized, and for iPhone 12 a replacement camera. Notably, if the iOS complains about an “unknown part”, this may mean that the spare part is not from Apple, or that the installation from the original part has not been completed, or that the spare part does not work as expected.

In iOS 15.1 Apple added a switch to automatically activate macro mode in the settings for the iPhone 13 models (previously it was on by default, but some photographers wanted to be able to manually adjust it).

In iOS 15.2 users get even more flexibility for the function. A new button will be added to the Camera app that can be used to manually activate macro mode. If you do so the small symbol with a flower as a symbol appears in the app when you approach a motif down to a very short distance. However, it only appears if auto macro mode is deactivated in the settings.

Search playlists in the Music app

Apple has added the ability to search for songs, artists and their albums within a playlist. Previously you could only scroll through the lists, which was frustrating if the playlist was long.

There is a known error in the music app that sucks the battery that Apple has hopefully been able to fix in the update. When the user streams his tracks processor utilization may increase, which can negatively affect battery life.

Edit tags in reminders at once

The Reminders app will allow users to edit and delete several tags at once.

If you are subscribed to iCloud+ the updated Mail app will gain a way to hide your own email address behind an anonymized sequence of numbers and letters that can be used as an aliases. To do this, you have to tap on the “From” field when the mail is being sent.

The settings for iCloud Private Relay will appear not only in the Apple ID department of the settings, but also in Wi-Fi and Cellular. There you can also hide your own IP address when surfing through Private Relay. Until now, the controller was somewhat misleadingly called “Private Relay”, which could confuse new users.

Scan for devices that may be tracking you

If you find a lost AirTag right now you can use the Find My App in iOS 15.1 to disable tracking if you are concerned that someone might be using it to follow you. However, this requires you to actually find the AirTag. In iOS 15.2 you will be able to actually scan your environment for ‘Items That Can Track Me’. If you find something suspicious you will be able to disable the tracking function.

There’s also a new ‘Help Return Lost Items’ option coming in iOS 15.2 that will provide instructions on how to contact the devices owner to return the lost product.

From iOS 15.2 it will be possible to specify who will be allowed to access one’s accounts in the event of death.

The new feature is called Legacy Contact and makes it much easier for relatives or friends to access digital photographs and other personal content, something that many learn to appreciate.

Facebook, Twitter and Google have already introduced similar solutions, so Apple is far from the first to draw attention to the problem.

One of the new features in iOS 15 is the ability to see which apps are collecting personal data. Previously this wasn’t on by default. You needed to open the Settings app and go to Privacy. Once you have set it up you will be able to access an Apps Privacy Report option, but if you don’t see that you need to go to Privacy > Record App Activity > switch the slider for that to green. Now that your iPhone is recording this information you can tap on Save App Activity to crate a document detailing the activity.

You will be able to view a summary of which apps use which iPhone data and how often. Users can see which apps read the data of the smartphone, which sensors they access and how often the app goes online. Apps will appear in this evaluation only if they have been used at least once.

Another way to make an emergency call was a bit more complex, and very similar to the way we take screenshots on the iPhone. You could press and hold the Side button and simultaneously press a volume button. After pressing those buttons for a while, an Emergency call would be initiated.

In iOS 15.2 it will be possible to choose to turn off the Side and volume control button method.

Apple is also making the countdown timer longer. Currently you will see an eight-second countdown before the call is placed. In iOS 15.2 Apple has slowed down the countdown of eight to one a little so that you will have some warning that the emergency call is about to be made and you can cancel the call.

In the summer of 2021 Apple announced that it would implement some steps against child abuse in iOS and other systems. Now in iOS 15.2, part of those innovations will arrive: parents will be able to set controls to protect their children from abuse. This will mean that suspicious images are blurred and will be fully loaded only after consent has been given. Parents will receive a notification that the child received a concerning picture via iMessage.