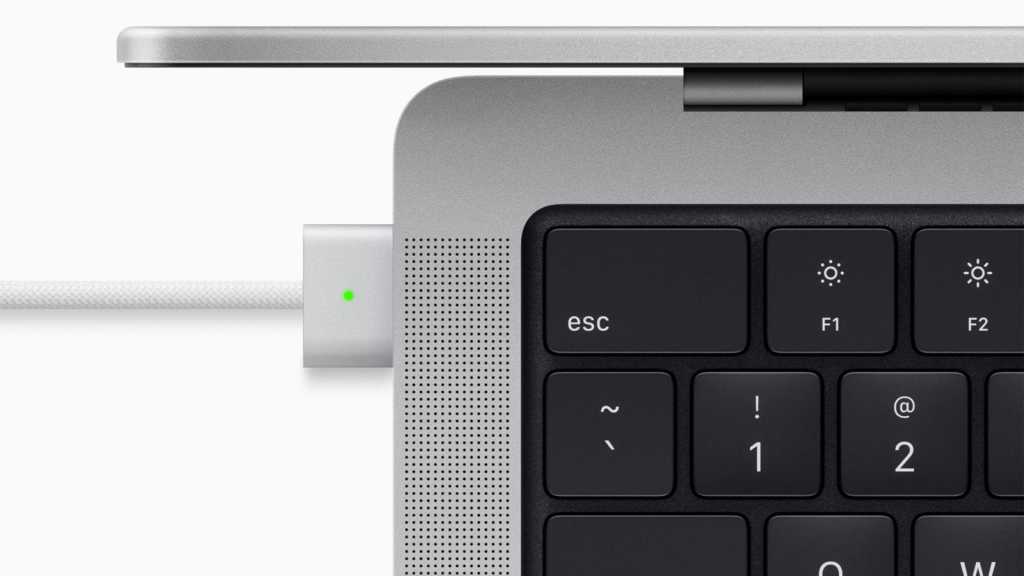 One of the most high-profile new features added to this year’s MacBook Pro models was MagSafe 3, a new version of the magnetic power connector that Apple controversially binned a few years ago.

However, not all MacBook Pro owners are happy with MagSafe 3.

Some have complained that the magnetic connection is too strong, and that the power cable attaches itself more firmly than was the case with previous versions of MagSafe. This removes the main purpose of the connector: if someone accidentally trips over the cable, it’s supposed to detach itself to make sure the Mac doesn’t hit the floor.

The Apple news site Cult of Mac quotes a number of disgruntled users, including one person on Reddit (a user named Draftstone) who says they can lift their MacBook Pro up by the charging cable.

“I can lift my whole 14in MacBook from the table, fully in the air, by holding the connector,” the user writes. “It can hold the full weight of the MacBook and I can lift it in the air without issue when pulling on it straight.

“If your MacBook is plugged via MagSafe, be safe around the cable. If you (or your dog) gets tangled in the cable, it will pull your MacBook on the floor.”

Draftstone does concede that MagSafe sometimes detaches itself with the application of relatively little pressure, but only when it’s applied at certain angles: “when pulling upward or downward (like breaking a chocolate bar)”.

Another user, named oatmeal1977, thinks Apple should have called the connector “MagUnsafe”.

Whether Apple will heed the criticism and change the design or even revert to the old version in the next MacBook Pro upgrade remains to be seen.