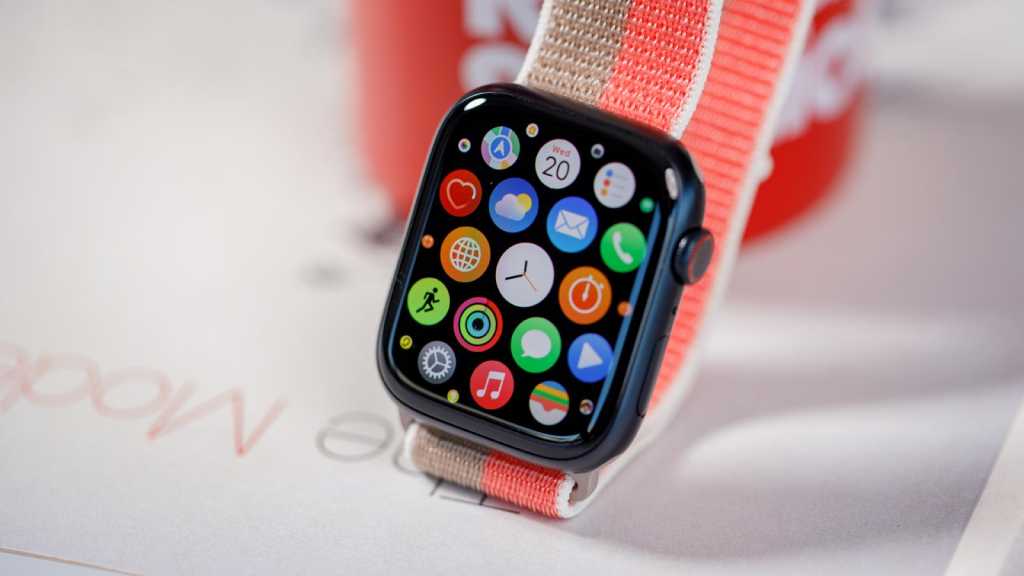 According to the leaker “Leaks Apple Pro”, Apple is already working on the next generation of Apple Watch, which does not differ significantly in appearance from its predecessors including Apple Watch Series 6 and 7.

The leaker claims he received final blueprints from “people involved in development” and generated the first renderings of Apple Watch 8 based on them.

Told you it was disappointing. Upon receiving CAD files and images, this will be the only noticeable change in design from the Series 7 to the Series 8. More info soon at @iDropNews pic.twitter.com/GQC40eIwk3

If the blueprints are real, Series 8 should look the same as Series 7. The authors speculates that there may be a new colour, perhaps a dark purple. In addition it’s thought that the new Apple Watch could gain larger speakers as instead of a horizontal slot, two can be seen parallel to each other.

This news contradicts expectations. Before the release of Apple Watch 7 blueprints of a new watch were circulating with a more angular design that mimicked the iPhone 12 style. However it was apparent when Apple launched the Series 7 that the only change was the fractionally larger display. In fact the housing become even rounder, due to the special technology of how the larger screen is attached to its frames.

There were theories that Apple must have changed the design at the last minute.  However, the network authority in the USA, the FCC had received the new generation for testing in August.

Apple Watch 8: What we know so far

There are currently relatively few indications of what Apple is preparing for Apple Watch 8. However it seems plausible that the Apple Watch Series 8 (like the Series 4 and 6 did), will offer new health features. In Series 4 we gained ECG, in Series 6 the Blood Oxygen Sensor.

There had been rumors that the upcoming Apple Watch could bring temperature monitoring. The competition like Fitbit with its scythe can at least estimate skin temperature to some extent and display fluctuations in value in the app.

Blood sugar and blood pressure measurements are also reported, but at the moment it is more about wishful thinking than tangible evidence. The technology, i.e. blood sugar measurement by Raman spectroscopy, has been intensively researched in recent years, startups are constantly coming up that promise functioning devices “in the coming months”, but can never keep their promise.