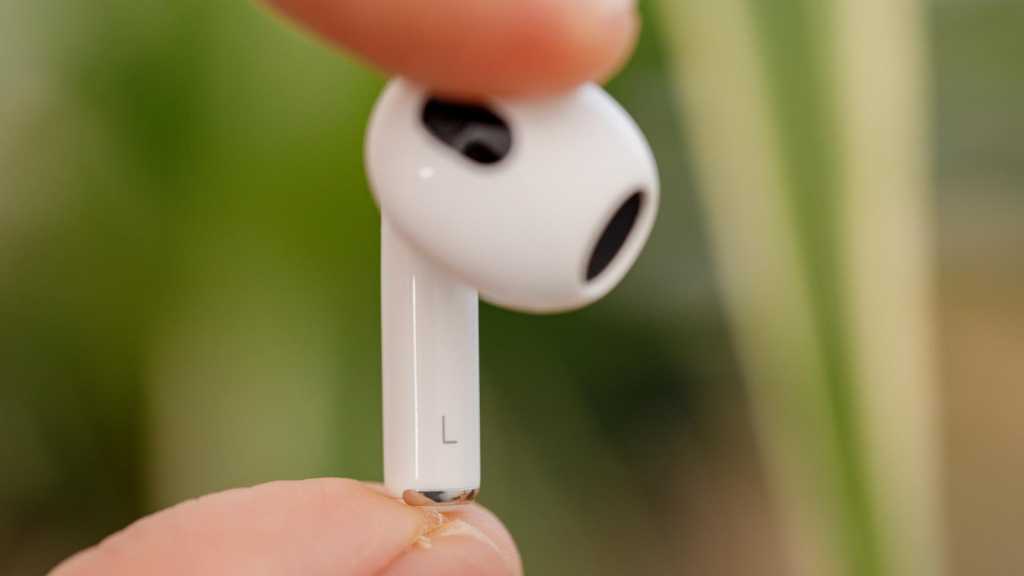 The repair specialists at iFixit do not give a good score to the new AirPods 3 with regard to their repairability. In one aspect, however, they are better than their predecessors – and the latest earbuds from Apple subsidiary Beats.

According to iFixit’s specialists, the third generation AirPods, as well as the new Beats Fit Pro, are completely irreparable, as they prove in the video of their teardown, which you can watch below.

In order to get to the insides of the earbuds, you literally have to destroy them: Pressurised by a vice, the two parts of the plastic housing can be separated from each other with the help of an opening pick, but in no way that would be able to reassemble the earphones later.

The battery is no longer soldered to the board, which is great news as for recycling the battery must be able to be separated from the rest of the earbuds. But this doesn’t makes these 3rd gen AirPods any easier to repair.

On the iFixit scale, however, it remains at zero out of ten points for both new models from Apple its subsidiary.

iFixit thinks Samsung’s Galaxy Buds Live is much better – they can at least be reassembled and then still work.

iFixit specialist Taylor Dixon explains how Spatial Audio works in the video. Apple did not invent this technology itself, but licensed it from Dolby and adapted it. If you tilt your head while listening, it sounds on the earphones as if the sound comes from the source, i.e. Apple TV, iPad, Mac or iPhone and you move in a sound field. However, only one driver is installed per earbud, so the software gives this impression by outputting the signal a little bit earlier on the nearby receiver. The position of the receivers in the room with regard to the source helps to convey the built-in accelerometers.

Get an AirPods bargain: check our AirPod deals round up.

Read iFixIt’s tear down or watch the video below.