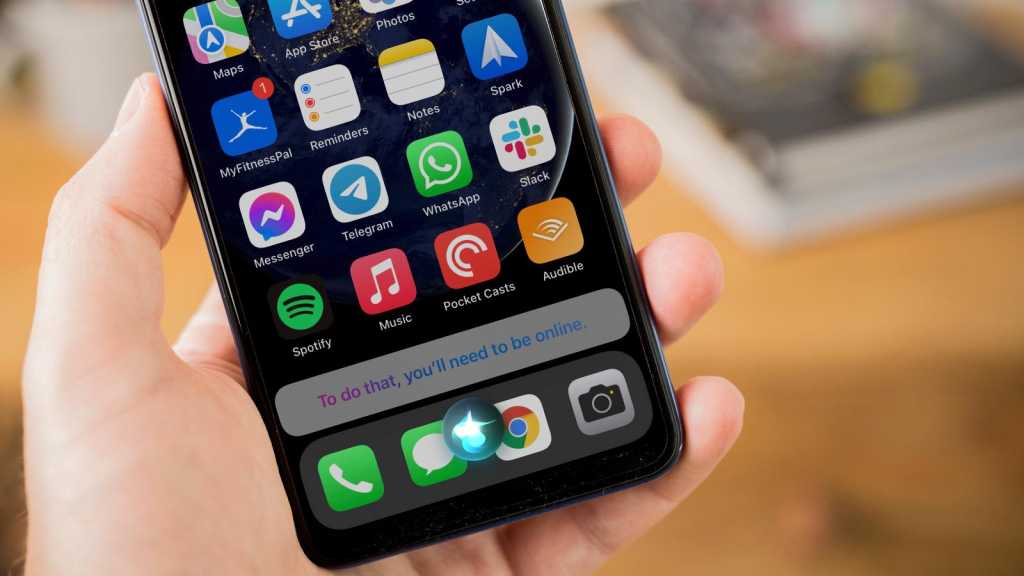 Siri, Apple’s voice assistant, has become an integral part of iOS over the years (alongside other Apple operating systems – it’s also available on the Mac and Apple Watch) allowing you to launch apps, create reminders and calendar events, ask questions and loads of other things using only your voice, with no need to touch a screen or keyboard.

But can you still use Siri when you haven’t got an internet connection? Spoiler: yes you can, but with limitations. In this article we investigate how clever Siri is when there isn’t a Wi-Fi or cellular network available.

Which iPhones let you use Siri offline?

For most of its existence, Siri has connected to Apple’s servers to convert your speech commands into actions it can understand and complete. So, when you say “Hey, Siri, what’s the weather today?”, the question is quickly piped up to the servers and processed, before the answer is sent back to your iPhone where it’s read out by Siri.

But in iOS 15, which rolled out to iPhones late in 2021, Apple moved the speech recognition capabilities from its servers to your handset, making the service more secure and private, while also allowing certain tasks to be possible when you’re not online.

In other words, if your iPhone supports it, this is another great reason to update to iOS 15. But the key word there is “if”.

Due to the demands of speech recognition, Apple has limited the iPhones that can work with Siri offline in iOS 15 to those that have the A12 Bionic processor or above. Here is a list of current iPhones that are compatible with this feature:

You can also use the feature on some iPads, including the following:

At the time of writing, offline access to Siri isn’t available on Apple Watch or macOS Monterey.

You’ll also need to ensure that the ‘Hey, Siri’ feature is enabled, which is explained in our How to call up Siri when your iPhone display is covered guide.

What can Siri do offline?

It’s worth bearing in mind that only the speech recognition part of Siri is stored on your iPhone in iOS 15. There are still plenty of command-processing and question-answering functions on the server.

For this reason, if you’re offline, Siri won’t be able to provide the full functionality you’re used to. For example, asking general questions such as “What is the capital of Switzerland?” or “Will it rain later today?” will get the cold shoulder – by which we mean an error message that Siri needs to be online to do that. Indeed, you may be surprised by the number of tasks that are beyond Siri’s scope when offline.

For example, you can launch various apps via Siri, such as Calendar, but creating new entries in that app is not allowed. Much the same is true of Notes: it will happily open a new note, but you’ll have to tap the screen to bring up the keyboard, then tap the microphone button to start dictation.

So far, we’ve found that you can achieve the following tasks with Siri offline:

What limitations does Siri have when offline?

As you can see from the list above, Siri can do a few things offline, but its capabilities are quite limited. While you can open apps, you can’t really do anything within them purely through voice controls.

Many useful apps, such as Reminders, Calendar, Maps and similar can’t create any new entries. Music and Podcasts can’t be accessed beyond the main screen and downloaded albums/episodes can’t be selected.

Of course, any action that itself requires access to the internet will be off limits, but that’s a given.

The addition of offline voice control is a handy feature, but the best of Siri is still found when you have an active internet connection. To see what things a fully functioning Apple voice assistant can do, read How to use Siri on iPhone and iPad and How to use Siri on Mac.