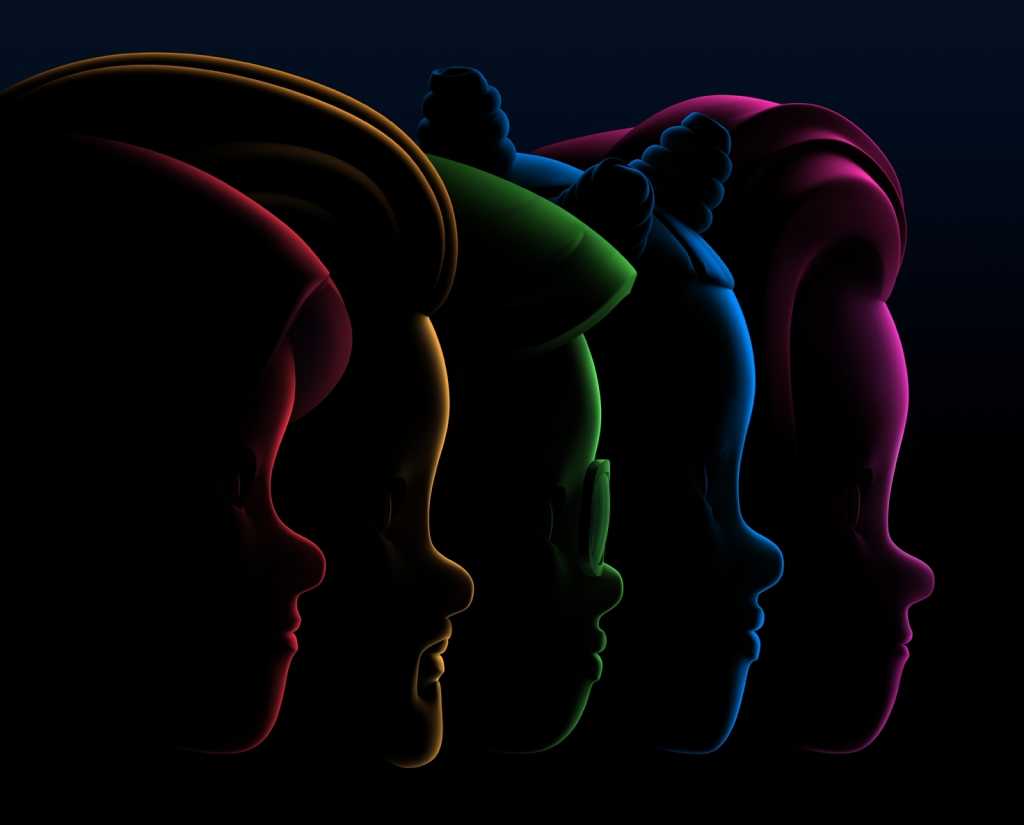 Of the three big Apple events of the year, WWDC is the most reliable: in each of the past 15 Junes, like clockwork, Apple has held a big get-together for its developer partners and announced a raft of important software updates. The September iPhone launch and the March/April spring event seem almost unpredictable by comparison.

In this article, we list the major announcements (and some of the smaller titbits) you can expect to hear at WWDC 2022 this June. Some of these–updates to the five big Apple operating systems, most obviously–are as predictable as the timing of the event. But we reckon Apple will spring a few surprises too.

WWDC 2022 will kick off today – Monday 6 June – with a keynote. This year it will be possible for some developers and students to watch the keynote live, but space was limited and the application process ended on May 11. However you will be able to stream the event, read: How to watch Apple’s WWDC 2022 keynote livestream video, or watch the live stream below:

This may not be the most up-to-date version of this story, to read the latest version click here.

It stands for Worldwide Developers Conference and is theoretically all about the third-party software developers that create apps for Apple’s platforms: iPhone, iPad, Mac, and so on. The company invites a bunch of devs round to its campus (or, more recently, gives them access to an online-only event) and talks to them about the system-wide changes coming to those platforms in the coming year so they’re prepared. There are speeches, networking events and workshops.

WWDC is a week-long gathering, beginning with a keynote speech on Monday morning (although it’s evening for those of us watching in the UK) and carrying on for five days. It generally happens in the first fortnight of June, although world events led to a slight delay in 2020.

In reality, while devs are at the heart of the event, it’s also a press event that Apple uses to announce its software plans and potentially some new Macs to the world.

WWDC will start on Monday 6 June 2022. The keynote will start at 10 a.m. in California. If you are wondering what time will the WWDC keynote start where you are:

As we said above, some lucky people will be able to watch the event live in person, but application for those tickets has now ended. Apple will livestream the opening keynote speech for all on its website (check Apple’s events page) and elsewhere, such as on YouTube and possibly on Twitter, an experiment it tried a couple of years ago, but didn’t repeat in 2021.

You’ll be able to watch the presentation on iPhone, iPad, Mac, Apple TV, and even PC. For more detail, read How to watch WWDC live.

Those people who get to attend the event in person will be able to watch the keynote and the State of the Union presentations. Apple also says attendees will also be able to check out the new Developer Center “and so much more.” Attendance to this event is by invitation-only at the Apple Park headquarters in Cupertino. Only those who are a member of the Apple Developer Program, Apple Developer Enterprise Program, or a 2022 Swift Student Challenge could apply. Learn more.

WWDC is all about the software, so we can be certain that Apple will reveal details of its upcoming operating system updates for iPhone, iPad, Mac, Apple TV, HomePod and Apple Watch. Those updates will then be issued to developers as a beta to test, then a few weeks later a public beta will start. Eventually the new software will be available for everyone to download in the fall (usually September for iOS and October for macOS).

Here’s what to expect:

The headliner of the event simply because of the sheer number of iPhone owners across the planet. If you’ve got an iPhone that’s sufficiently recent (iOS 15 runs on the iPhone 6s, so anyone with an iPhone 7 or later should be fine to get iOS 16) you’ll be able to install the new version of iOS when it’s released in the autumn of 2022.

But before then, there’s a whole beta-testing cycle to get through. iOS 16 will be announced at WWDC 2022, then released as a developer beta (for registered app developers only) almost immediately after the keynote. Don’t install this unless you’re a developer, and also prepared for it to be unfinished; there could be serious flaws with the beta software and it might even brick your device.

Over the course of the next three months, this beta–and the public beta that will be released slightly later, and lag behind the developer one throughout the testing process–will be repeatedly tweaked, fixed and updated until we reach the finished iOS 16.0 public release in (probably) September.

Read about our expectations for iOS 16.

The accompanying update for iPad owners, iPadOS 16 is likely to incorporate most of the new features of iOS 16 but adapted to a larger-screen interface. When Apple’s two mobile operating systems split in 2019 they were similar in most respects, but the iPad version is heading steadily into its own realm.

Get the low-down in What’s coming in iPadOS 16.

What’s Apple got in store for its follow-up to Monterey? We’ll find out at WWDC 2022.

This should be macOS version 13.0, but don’t take that for granted: Apple noodled around on a single version number for a barely conceivable 18 years, from macOS 10.0 (Cheetah) in 2001 to macOS 10.15 (Catalina) in 2019. But that nonsense does seem to be out of the system now, with the last two releases – macOS 11 Big Sur and macOS 12 Monterey – both getting their own number.

As for the California landmark that will lend its name to macOS 13.0, we are amused by the idea that it might be Mammoth, but not sure Apple would want to associate its operating system with something that is extinct. Read more in what’s coming in macOS 13.

The new operating system for the Apple Watch will be revealed at WWDC 2022. This is more of a niche than the iPhone, iPad, and Mac updates discussed above but could bring important health and fitness features to Apple Watch owners around the world. See: 5 overdue Apple Watch features we hope to see in watchOS 9.

Last year’s watchOS 8 update was available for those running a Series 3. If you’ve got a Series 4 or later you should be fine to get the 2022 update – and the Series 3 might even get one more year in the sun.

The lowest-profile of the five big Apple operating systems, tvOS is the platform that runs on the Apple TV.

Last year’s tvOS 15 update added new Siri capabilities, multi-user recommendations, and the ability to screen-share programs with friends using SharePlay. What will we get this year? You’ll find out at WWDC.

The big five may yet become the big six because Apple is rumored to be working on a new branded OS named homeOS. This would be a new name for the software that runs on the HomePod and HomePod mini, currently referred to as HomePod OS. Going to the trouble of rebranding the software would suggest that Apple wants to make more of a fuss of adding post-launch features to the HomePods in the future.

Mind you, since Apple discontinued the full-size HomePod last March, this would only run on a single device – which raises the question of where the company sees its smart-home strategy going in 2022. Has it got other homeOS-based products up its sleeve?

WWDC is a software-focused event, but Apple has often found time during its WWDC keynotes to launch hardware products too.

If that happens again, it’s more likely to be Mac-related than anything for iPhone, iPad, Apple Watch or AirPods fans. The iPhone 3GS did debut at WWDC back in 2009, but it’s been pretty much Macs only ever since.

Apple presented the iMac Pro (although it didn’t go on sale until later that year), alongside updates to the iMac, MacBook and MacBook Pro, at WWDC 2017; it announced a new Mac Pro and the Pro Display XDR in June 2019 (although they didn’t go on sale until that December). And most recently, while no actual hardware products were released that year, Apple’s transition from Intel to its own processors in the Mac range was revealed at WWDC 2020. That was the company’s single biggest hardware announcement of the entire year.

What’s in the hardware pipeline for Apple right now? Here’s what we hope to see:

When Apple launched the Mac Studio it also discontinued the 27in iMac, but that doesn’t mean that the large iMac is dead. Read 27in iMac discontinued, but not necessarily dead. Indeed, Apple may launch a new iMac Pro at WWDC.

Also in need of an update is the Intel-powered Mac mini, which many are hoping will get an M1 Pro chip. Read all about the new Mac mini.

Over the years new Mac Pro models have launched at WWDC and this year could be no different. By the time Apple takes the stage at the WWDC event it will have been two years since it announced its plans to move from Intel to its own silicon, and the Mac Pro is the Mac that’s yet to make the transition. Even if it’s not ready to go on sale we expect Apple to show what it has planned for this powerhouse. Read more: The next Mac Pro: Everything we know.

There are rumors that the XDR Display could get an update in 2022 and what better place than WWDC, alongside a new Mac Pro. Read more here: Apple planning 7K Pro Display XDR for 2022.

There are also some pretty loud rumors about a new MacBook Air, perhaps with an M2 chip. We could also see a new MacBook Pro also with the M2. However, we think these are more likely to put in an appearance at an October event.

We’ll update this article regularly in the run-up to WWDC, so check back from time to time to see the latest news.

For a broader view of the year’s plans, check out our guide to the new Apple products coming in 2022.