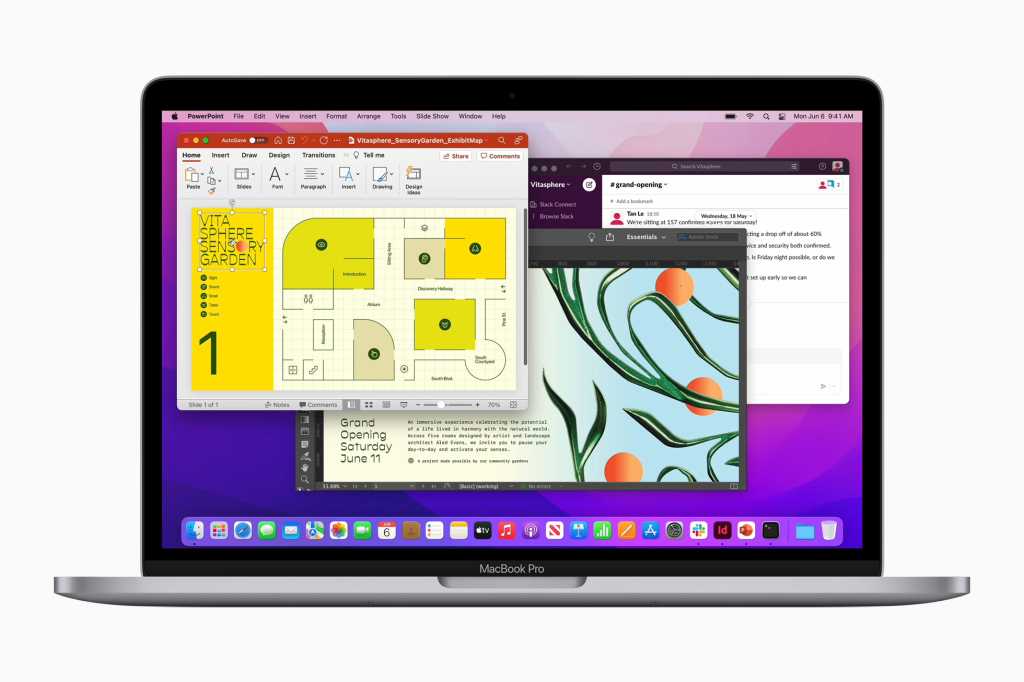 At its WWDC 2022 keynote presentation Apple unveiled a new 13-inch MacBook Pro model. In this article we spill the beans on the launch, covering its launch date, specs, design and more.

The new Pro was unveiled alongside the 2022 M2 MacBook Air.

The new MacBook Pro was announced, somewhat out of the blue, at WWDC on June 6, 2022. But it isn’t available to buy quite yet. Right now the relevant button on Apple’s store is labelled “Select” instead of “Buy”, Delivery is listed as Currently Unavailable, and it’s not possible to Add to Bag.

As of June 14 Apple has announced that the M2 MacBook Pro will go on sale on Friday June 17, 2022. On that day you will be able to pre-order the MacBook Pro.

You’ll be able to purchase the new MacBook Pro from Apple US and Apple UK.

Here’s the first disappointment. Unlike the MacBook Air which launched at the same event, Apple’s new Pro is visually unchanged. It’s the same design as before.

You get the same ports, the same weight and dimensions, the same screen size as before.

Most notably, the 2022 MacBook Pro gets Apple’s new M2 processor chip, which many observers didn’t expect to arrive until later in the year. In terms of cores, the M2 has an 8-core CPU, same as the M1 in the previous model, and is upgraded from 8 to 10 GPU cores. But those numbers don’t scratch the surface of what Apple is promising with this new generation of chips.

“M2 takes the industry-leading performance per watt of M1 even further with an 18 percent faster CPU, a 35 percent more powerful GPU, and a 40 percent faster Neural Engine,” Apple says. “It also delivers 50 percent more memory bandwidth compared to M1.” Of course, it’s easy to bandy around numbers like this, and we’ll have to run a review sample through our lab benchmarks to see for ourselves.

The new Pro also goes much higher in RAM allocation than its predecessor: you can now go as high as 24GB, up from 16GB in 2020. While the size of the battery is the same as before, the machine comes bundled with a slightly faster USB-C charger: 67W, up from 61W. Finally, the new Pro supports Spatial Audio, whereas its predecessor did not.

One final note about the spec: while the 14-inch and 16-inch models support two or even three external displays, the 13-inch M2 MacBook Pro officially supports only one, up to 6K at 60Hz. Fortunately we’ve got a workaround for those who’d like to connect two or more external displays to an M1 or M2 Mac.

A solid rather than spectacular update to the MacBook Pro, then. But how much will it set you back? Here’s the pricing for the two starting configurations:

As mentioned above these aren’t available to buy just yet. But once they hit the stores, we’re optimistic that third-party retailers will find a way to offer a discount, and you’ll find the lowest prices in our roundup of the best MacBook Pro deals.