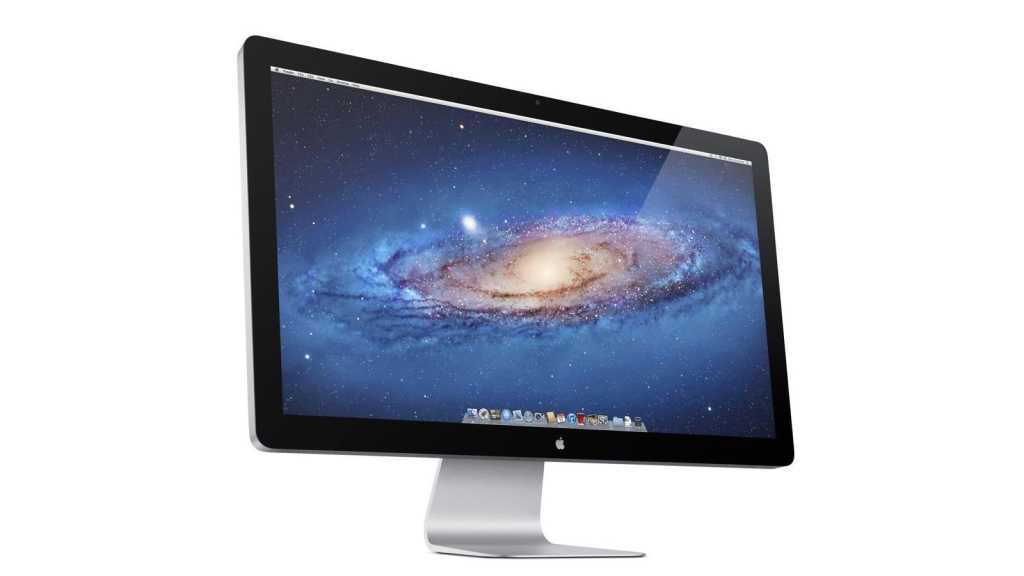 Apple started selling the 27in Thunderbolt display way back in 2011 and then removed it from sale in 2016, but the elegant aluminum monitor is still popular with Apple fans and used in many offices. On Ebay it still achieves high prices even today.

With Apple’s Thunderbolt 2 to Thunderbolt 3 adapter, it can be used with Intel Macs without problems. Unfortunately, there is a problem when using the retired monitor with M1 Macs.

Those people who try to use an old Thunderbolt Display (or the even older LED Cinema Display) with a new M1 Mac are reporting an error: a line of several pixels that can be seen at the top right of the screen. Some describe the problem as being like the sampling gap that can sometimes be seen during TV recordings.

Numerous videos and screenshots show these pixels to almost always appear in the same position on the screen, although visibility depend on the wallpaper. There are user reports on Apple Communities and Macrumors forums.

This sounds like a minor problem that wouldn’t make the screen unusable. However the pixels flash and, once you have registered the error, this can be very annoying.

The cause has not been clarified, but the nature of the error suggests that it is a compatibility problem of the monitor with the new graphics card of Apple M1 Macs. After all, older Macs are not affected.

Changing cables and adapters does not help, nor does the installation of the latest firmware.

According to reports, all M1-series Macs are affected including the 14in and 16in MacBook Pro.

What is Apple doing about it?

Many users had hoped that Apple would fix the problem with a system update. There is some hope that this could happen as updates to macOS versions have already solved some compatibility problems with external monitors.

However, it seems unlikely that Apple will be concerned with addressing the fault on the basis that it is more than seven years since Apple last sold the Thunderbolt Display and the company moved it to Vintage list in July 2021. Being classed as Vintage means that Apple will no longer be supplying spare parts if one needs fixing and the company does not promise operating system support.

There has been no statement from Apple itself so far and we would guess that graphics errors with no longer supported displays are not considered a high priority by the company, especially if rumours that Apple is working on a cheaper display for launch in 2022 are true.

With this in mind we would currently advise against buying a used Thunderbolt display.

You may be interested in: Why you shouldn’t buy a second hand Mac and How long do Macs last?