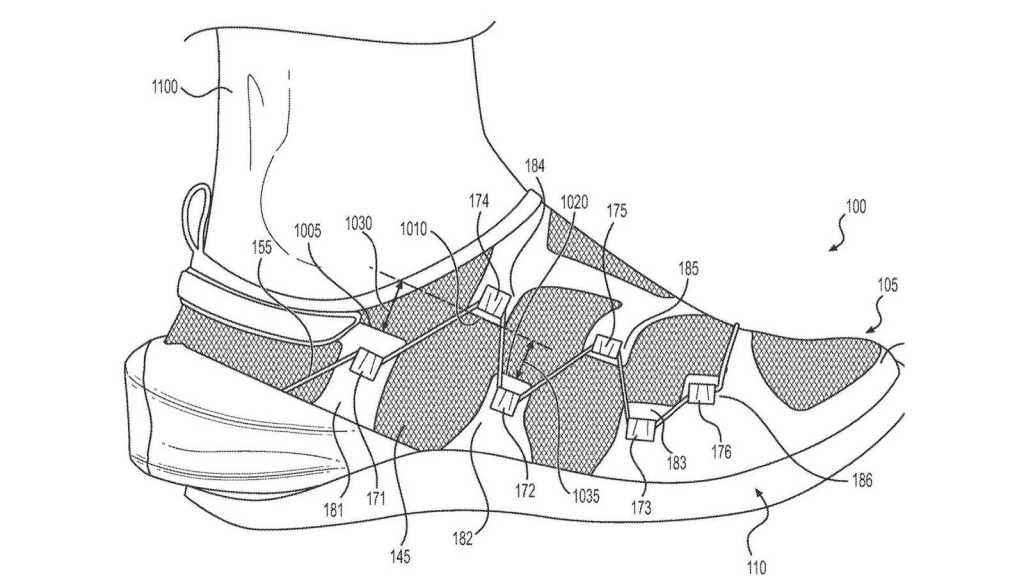 Forget Marty McFly and the Nike Mag, the next self-lacing shoes may come from Apple.

In what sounds like a story we should be posting on April Fool’s Day, Apple has been granted a patent for trainers/sneakers that can lace themselves up – just like the trainers in Back To The Future II.

It’s true! Apple filed the patent back in July 2019, following earlier patents for the same idea. This patent for “Footwear having motorised adjustment system and elastic upper” was granted on 11 January 2022.

The idea of trainers with motorised laces achieved cult status after Marty McFly wore them in the classic Back to the Future II. Apple’s not the only company to attempt to bring these trainers back from the future: Nike has also created self-lacing shoes under the same name as in the film, “Nike Mag”. However, only a small number of Nike’s self-lacing trainers were made and most were auctioned to raise money ($350,000).

As for why Apple would work on such a project, it’s not clear what Apple’s interest is. Apple files hundreds of patents each year – 1,310 were filed in 2018 alone. Just because a patent is filed doesn’t mean that Apple will make use of the technology.

One thing is certain: If Apple actually brings out a self-lacing shoes they would be a bestseller – this is after all a company where even a microfiber cloth sold out within hours.

Apple describes how the system works:

“In addition, the footwear may include a motorized tensioning system including a motorized tightening device and a tensile member extending through the plurality of lace receiving members, the tightening device being configured to apply tension in the tensile member to adjust the size of an internal void defined by the article of footwear by drawing two or more of the plurality of lace receiving members closer to one another.”

Self-lacing trainers sound like something out of Back To The Future, but Apple has clearly been developing technologies relating to them. Why? Could this be used for a seat belt in Apple’s rumoured Car?

Could Apple be disguising new seatbelt technology as self lacing trainers? Read about the rumours about the Apple Car.

Based on a report that appeared on Macwelt.