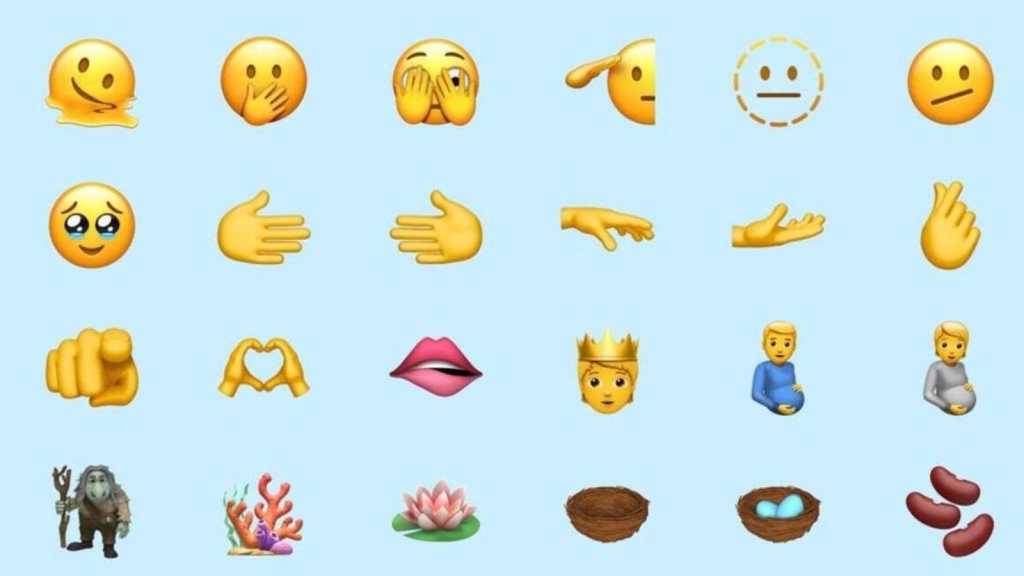 Apple rolled-out iOS 15 in September 2021, but that doesn’t mean that the company had finished with iOS 15. Development of iOS 15 has continued and on 14 March 2022 Apple released iOS 15.4, which brings a number of new features to iPhones, including the ability to unlock an iPhone while wearing a mask.

However, there have been some reports of battery drain issues since iPhone users installed the update, but these seem to have been fixed in iOS 15.3.1. Read on for more information.

Apple had been working on the beta of this new version of iOS 15 since 27 January 2022. Where iOS 15.3 brought mainly security updates and bug fixes, iOS 15.4 brings some exciting new features that Apple had promised for the new operating system, but hasn’t yet delivered, a bunch of new emoji, plus one long-awaited feature that will please mask wearers: Unlock with Mask!

iPad users also benefit from support for Universal Control, which makes it easy to use the same keyboard and mouse for both iPad and Mac. Other new features include the Tap To Pay API ( more below).

It also fixes an an issue with braille devices become unresponsive and some MFi hearing devices losing connection with third-party apps.

The security update addresses a flaw that impacts AppleAVD (an audio and video decoding framework. Apple says that the issue may have been exploited so it’s crucial to update iPhones and iPads now.

Generally we’d say yes, go ahead and install it. Masked unlocking is a great bonus if you are still wearing a mask when you are out and about. However, there are issues with the update that we will cover below.

Following the release of iPS 15.4 there were reports from some users (on Twitter and Reddit) who claimed that their iPhone battery is draining faster following the update. However, this didn’t seem to be the case for everyone – in fact there were also reports that iPhones can see better battery life after the update.

Apple fed back about this battery drain issue saying that it’s normal behaviour after an update because the operating system performs background operations, such as optimizing your data and scanning your photo library using updated machine learning algorithms. While this is happening battery drain is to be expected, but it should be short lived. Apple tweeted the following in response to a post complaining of battery drain:

Thanks for reaching out! We’ll be happy to help. It’s normal for your apps and features to need to adjust up to 48 hours after an update. Let’s have you reach out to us in a DM if this is still an issue after that time so we can help you look into this further.

However, Apple has subsequently addressed something that could have been causing unusual battery drain. As it explains in the notes accompanying iOS 15.4.1: “Battery may drain more quickly than expected after updating to iOS 15.4”.

When we installed our iPhone requested permission to make Siri recordings again, it appears that this is due to a bug in a previous version of the software – there were reports of the same thing happening in the beta version.

Another issue during beta testing was when users were prompted to review their Emergency SOS settings. We haven’t heard of any cases of this in the final version yet.

You will be able to download it on your iPhone. Go to Settings > General > Software Update. You will then see iOS 15.4 which you can download and install.

If you’d like to join in with the beta testing, read our guide showing how to join an Apple beta program.

As usual, however, be sure to back up your devices before installing the new beta versions; that way you won’t have to risk losing your files. Ideally you should use a device that is not your daily iPhone or iPad.

We explain how to get the iOS beta and how to install iOS 15 and subsequent updates in a separate article.

While Universal Control is more of an iPadOS and macOS function than an iOS feature, but it’s probably going to be the most significant new feature in this latest round of updates.

The first beta version of iPadOS 15.4 brought Universal Control. Universal Control is an extension of Sidecar, which was introduced in macOS Catalina and iPadOS 13 and made it possible to place an iPad next to a Mac and seamlessly move the mouse or touchpad pointer from the edge of the Mac display directly to the iPad.

The next version of macOS Monterey and iPadOS 15 should mean that you can share the mouse and keyboard across two Macs. Read more about what’s coming in macOS 12.3.

Unlock iPhone with a mask

This new feature looks set to be a real bonus, although people will be wondering what took Apple so long.

In the Face ID & Passcode settings in iOS 15.4 there is a new switch for Face ID with Mask. With this option activated Face ID will “use the unique features around the eye area for authentication,” according to Apple. Apple points out that Face ID is more accurate if this setting is disabled – it doesn’t perform full facial recognition so it is less secure. Apparently, unlocking by Face ID in the mask only works on the iPhone 12 or newer – we will try out the new function in the beta.

Another new setting for unlocking with Face ID is “Add glasses” which will mean the system can correctly recognize your facial features.

There are a bunch of new emoji from the Unicode Consortium. These include a melting face, a saluting face, biting the lip, a jar, the beans, X-ray, and bubbles. The blog emojipedia has a first look at these new emoji.

iOS 15.3 may include a prompt to review Emergency SOS settings. Users are encouraged to enter a phone number for an emergency contact who will be called if you press and hold a volume button and the side button together. This person will also receive an alert showing your location. Read: How to make an emergency call on iPhone or Apple Watch.

On 8 February Apple announced that iPhones will be able to serve as POS terminals in the future. The function, referred to by the manufacturer as Tap to Pay, had corresponding APIs in the iOS 15.4 beta that developers can customize for their apps and services. Access to the service requires registration with Apple’s Apple Business Register portal. Tap to Pay is quite universal – in addition to NFC-enabled iPhones and credit cards, coupon cards and shop cards are also supported. However, it does appear that Tap To Pay will initially be US only, so it remains to be seen how it will apply elsewhere in the world.

The iOS 14.4 beta suggested that Apple is working on a new push API for iOS and iPadOS that will make push notifications possible in Safari. While Apple has been allowing push notifications via Safari on Mac for years, so far it has refused to bring the function to its mobile devices.

Maximiliano Firtman discovered two experimental WebKit functions in the iOS 15.4 beta that indicate the arrival of web push and web notifications and flagged them in his blog firt.dev. The two sliders – integrated web notifications and push API – are disabled by default and do not yet work, but he suspects that they will eventually.

This should mean that websites can ask if you want push notifications on your mobile.

One version of the beta suggested that iOS is being adapted for a time when users can connect VR and AR headsets to the iPhone and iPad. 9to5Mac discovered that Safari in the beta supported a developer interface called WebXR. This is used to develop AR and VR content for the web. More here: iOS 15.4 hints at support for AR and VR headsets.

You will be able to add notes to a password entry in the keychain.

Go to Settings > Passwords to see your keychain entries.

Apple provided a new setting for the Apple ID in the first beta, so that you could disable access to your own iCloud data in the browser at www.icloud.com on the paired device. The setting then disappeared in the second version of the beta, it’s not yet clear if this has returned.

There will be a new Apple Card widget that can be added to the Home screen or Today view. It shows your current account balance and spending activities. The Apple Card is US only, we don’t know if Apple will be bringing this to the UK or elsewhere yet.

Vaccination passport support in the EU

The health app now supports the EU format for digital COVID certificates, so EU users will be able to add vaccination passport details in the Health and Wallet apps in supported regions.

iOS 15.4 will enable developers to add support for the adaptive shutter release function of the Play Station 5 DualSense controller.

Back in August 2019 it emerged that Apple was recording some Siri requests and using third parties to evaluate them. Worse still, this evaluation was not sufficiently communicated to the users, so the reports caused outrage. Hence forth Apple as asked users explicitly for permission to make these recordings (that are intended to improve Siri) and Apple has promised not to hand over such data-sensitive information to external companies.

However, the beta of iOS 15.4 has uncovered a bug that was causing some of these Siri requests to be stored on some iPhones despite users’ rejection. It seems that the error existed in iOS 15 to iOS 15.1.1. Then with iOS 15.2 in December 2021 Apple fixed the error by stopping such recordings happening on affected devices.

With iOS 15.4 (currently in the second beta), the device will again to ask for permission for Siri evaluations, but this will be only for those users for whom Apple stopped Siri recordings in December 2021. So if you see this request it indicates that your recordings were being saved.

Apple has confirmed to ZDnet that all records resulting from this error have been deleted.