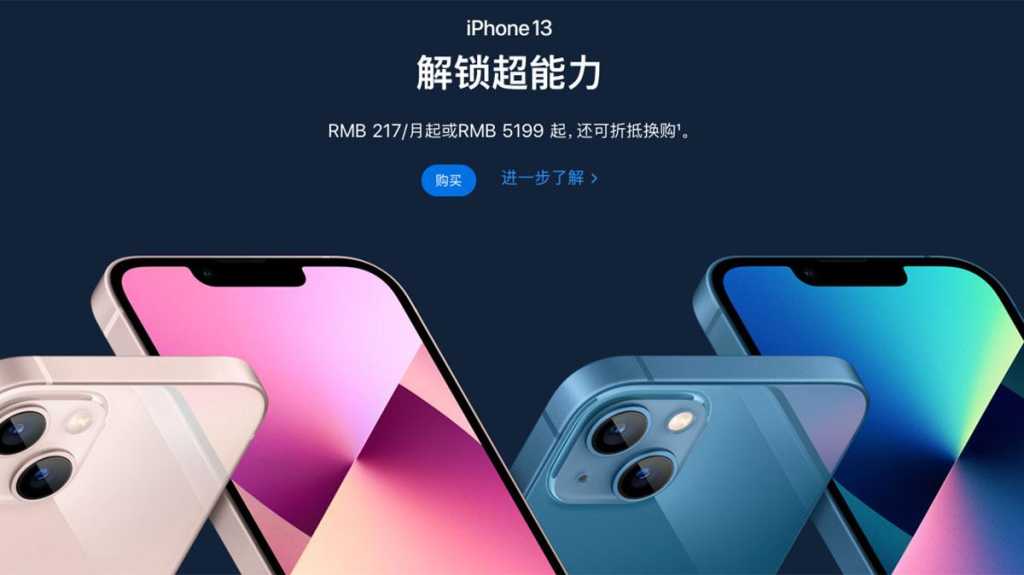 In the final three months of 2021 Apple regained its place as the largest shipper of smartphones in China – the world’s largest market for high-end phones, contributing nearly a third of smartphone shipments priced above US$500 globally.

According to Canalys analysts, Apple grew shipments in China by 40% in Q4 2021.

Following the release of its iPhone 13 series in September 2021, Apple shipped 21.5 million smartphones in China and regained top position for the first time since Q1 2015.

This represented a quarter of total market shipments, which is a record for Apple since it entered the Chinese smartphone market in 2009. IN Q4 2020, Apple’s market share was just 18%, beaten by OPPO (21%) and Vivo (19%).

Apple muscled out local phone maker OPPO, which came in a distant second with 14.3 million units – a 19% drop in market share. Close behind that was Honor with 14.2 million smartphones shipped in Q4.

There were scenes of Chinese crowds racing to buy the new iPhone 13 on its launch date of September 24.

“Apple surprised the market with a lower launch price of the iPhone 13 series which greatly stimulated consumer interest, while overall retail consumption was subdued in Q4 in China, commented Canalys Analyst Toby Zhu.

“Meanwhile the absence of strong Android competitors in the high-end segment also contributed to Apple’s stella performance this quarter,” he added.

“This also validates the demand of the high-end segment in China, where consumers are less affected by the macro-economic uncertainty. Apple’s success will further accelerate Android vendors’ investment in the high-end market, with highly differentiated features and experiences for domestic consumers.”

Xiaomi closed the year with over 191 million smartphones shipped. OPPO and Vivo placed fourth and fifth, with smartphone growth clocked at 22% and 15% respectively.

All of the top five smartphone vendors were impacted by the severe supply shortage throughout 2021, and the league table was unchanged from 2020.