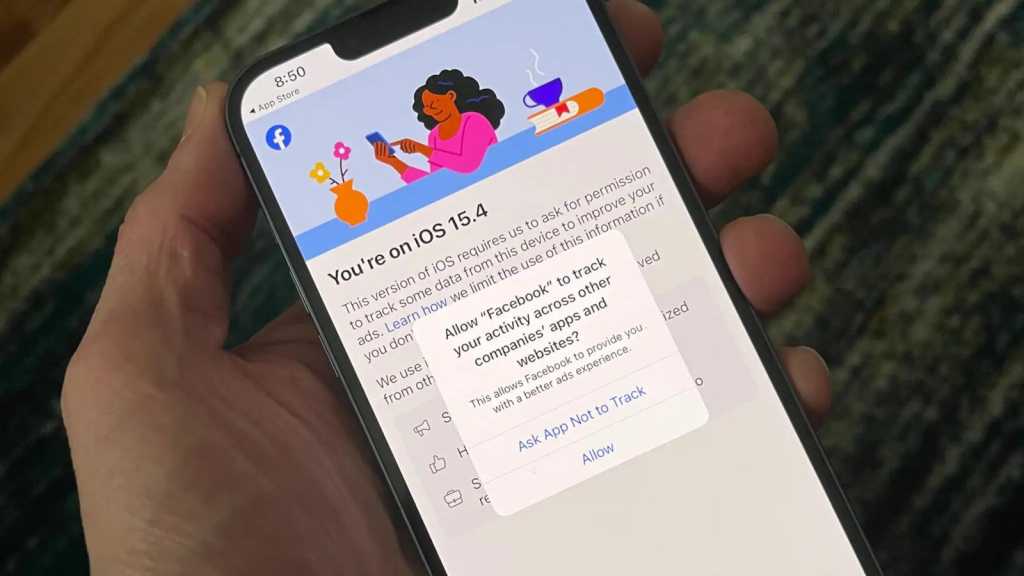 In its fourth-quarter 2021 financial disclosure earlier this week, Facebook warned of disappointing earnings in the coming quarter, and placed the blame for this underperformance on a privacy measure introduced by Apple.

In Q1 2022, MacRumors reports, Facebook (which has been renamed as Meta) expects to record revenue of between $27bn and $29bn, which is lower than analysts had previously projected. The announcement of these disappointing figures was followed by a plunge of roughly 25% in the company’s stock price, wiping an astonishing $200bn off its value.

According to company chief financial officer David Wehner, this simple change in iOS “is a headwind on our business in 2022… on the order of $10bn”.

Facebook/Meta has criticised Apple’s privacy measure in the past. As long ago as August 2020 the company said the change would “hurt many of our developers and publishers at an already difficult time for businesses”.

Later that year Facebook took out large press adverts accusing Apple of destroying the advertising market for small businesses. Apple responded by calling the situation “a simple matter of standing up for our users. Users should know when their data is being collected and shared across other apps and websites – and they should have the choice to allow that or not.”

Wehner also accused Apple of favouring Google in several ways, including by not forcing browsers to follow the same tracking rules as other apps.