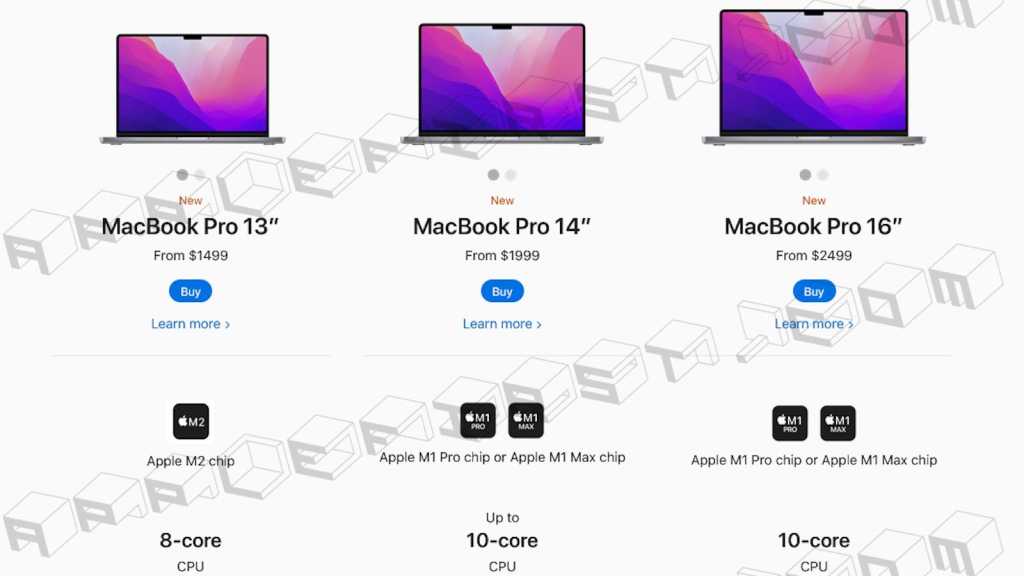 Apple is likely to be planning a selection of launches this spring, with a date of 8 March 2022 being bet on as the likely event date by some. Among the anticipated launches are three new Macs, one of which is a laptop, if an EEC filing earlier in February is to be believed.

Well now we have more information about this supposed new MacBook – which is apparently a MacBook Pro that will have a starting price of $1,499, according to a leak.

Now we have to admit that we think this ‘leak’ is more likely to be a fake than genuine, but it’s always possible that this is Apple’s plan.

The leak in question is a screen shot showing the comparison page from Apple’s website that appears when a customer chooses the Compare feature and enters the 13in, 14in and 16in MacBook Pro. It first appeared on the Apple First page (which we don’t think has much credibility). Here it is: 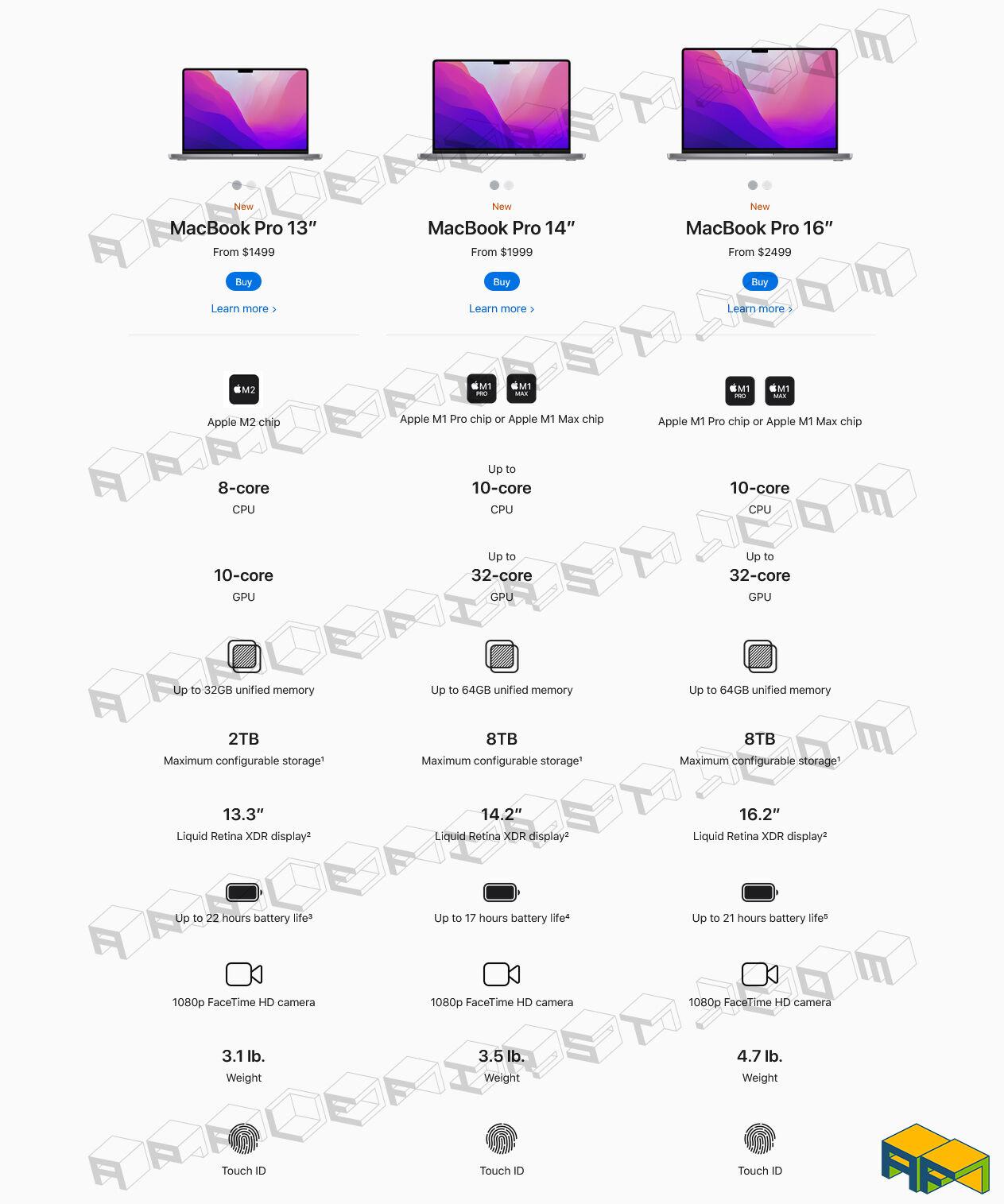 If the information is correct, then here’s what it tells us:

M2 chip: The new 13in MacBook Pro will be powered by the M2 chip

No $1,299 model? We really don’t expect that Apple will remove the $1,299 MacBook Pro model, so the idea that there would be no other identifier for this 13in MacBook Pro other than 13″ again sounds unlikely – MacBook Pro 13-in (M2,2022) would surely be a more likely name for it.

Replaceing $1,499 model? This new MacBook Pro could replace the current $1,499 model which offers double the storage of the entry level model. However, there are also rumours that the M2 MacBook Pro will actually be more expensive than the $1,499 2020 MacBook Pro and sit in the large gap between the 13in and 14in models – the latter starts at $1,999 (£1,899 in the UK).

Mini LED and a Notch: Other information that can be gained from this image is that the new MacBook Pro will offer a mini LED display and a notch. The screen size is described as 13.3in, which is exactly the same size as it is right now. We really don’t think that this is a legitimate image!

However, what is considered certain is that Apple will present a revised MacBook at Apple’s spring keynote. The manufacturer registered a new model number of a “portable Mac” with the Russian customs authority a few weeks ago. This usually serves as an indication that new devices are coming.

Mark Gurman believes the keynote is scheduled for 8 March, so we won’t have long to wait to find out (unless he is also making things up). Read about what to expect from the 2022 MacBook Pro in our rumour round up.