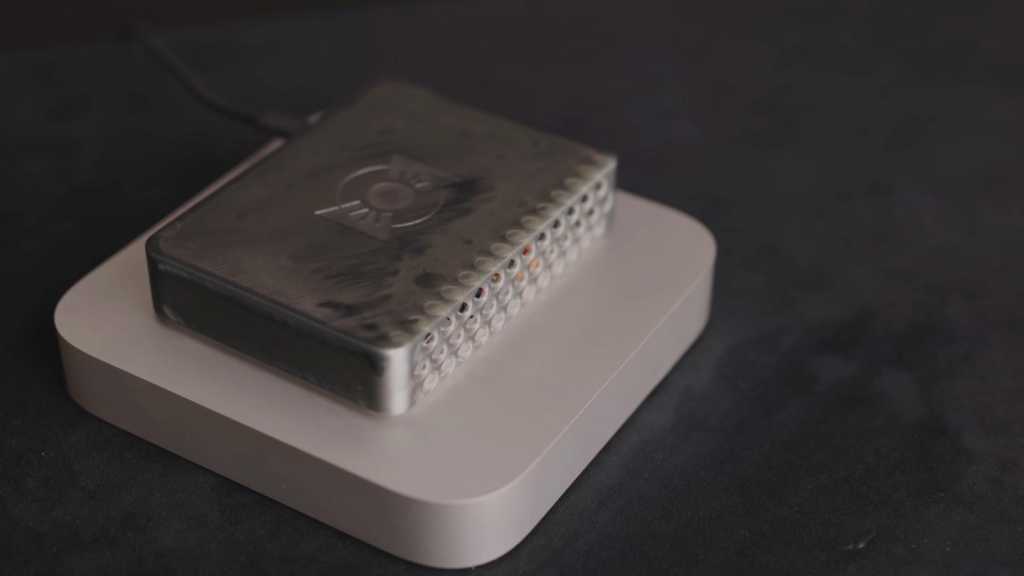 It’s no secret that the Mac mini with M1 processor has a larger chassis than it really needs. Tests have shown how much empty space there is inside the computer, and it’s obvious that Apple could make the computer significantly smaller if it wanted.

While waiting for the company to make a move, Quinn Nelson of the YouTube channel Snazzy Labs has made his own attempt to slim down the Mac mini.

Using a 3D printer, Nelson created a miniature Mac Pro-inspired chassis that retains all the connectivity of the Mac mini but takes up roughly a quarter of the space.

“I’m a little biased, but we think this machine looks fantastic,” he enthuses. “It benchmarks just as well as the original, and it’s now dead silent, with an internal volume that’s just 28% of its original size.”

Mind you, Apple engineers could make the computer even smaller than that using optimised components.

The company, incidentally, is expected to roll out a new Mac mini some time this year, and leaks point to a reduction in size as well as an increase in power. You can keep up with the latest rumours with our regularly updated Mac mini news hub.

If you don’t want to wait until the launch, grab a bargain on the current models with our guide to the best Mac mini deals.