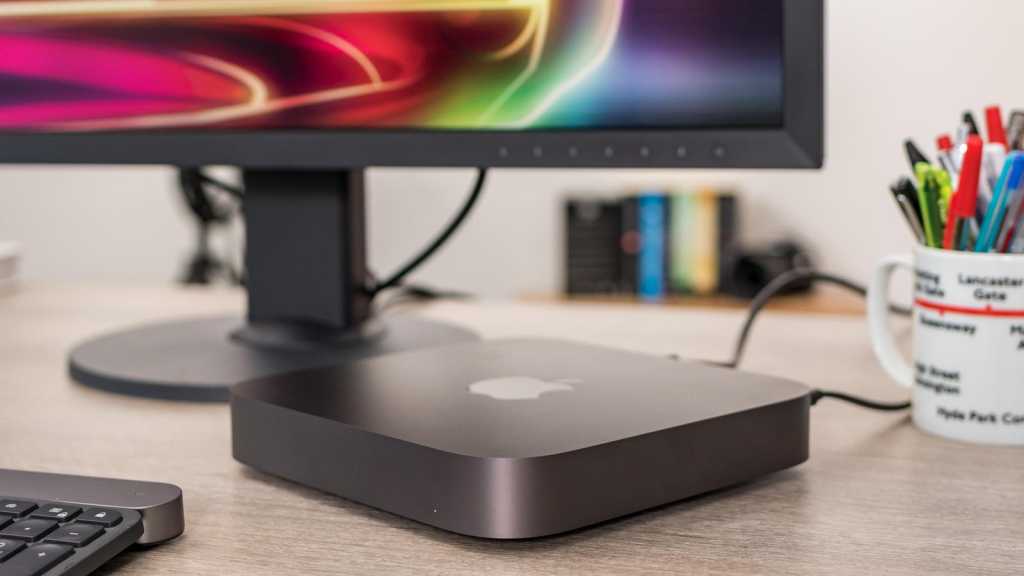 When the Mac mini launched in 2005 as the first BYODKM Mac (bring your own display, keyboard, and mouse), it had the potential to be one of the most popular Macs ever made. Nearly two decades later, we think it’s a great option as an entry-level Mac, but it hasn’t really lived up to its hype, as specs, prices, and performance never quite reached the heights we expected.

Then rumours that Apple was intending to enhance the Mac mini in 2022 were verified when Apple introduced the Mac Studio in March 2022. The Mac Studio, which has a similar shape but is roughly equivalent to three Mac minis stacked on top of each other in height. The Mac Studio features M1 Max and M1 Ultra processors and is a fantastic computer, but there is now a big gap in the lineup with no desktop Macs offering the M1 Pro (which is only found in the 14-inch and 16-inch MacBook Pro models).

There are Mac fans hoping that Apple will enhance the Mac mini with the M1 Pro chip and there is a Mac mini that looks ripe for an M1 Pro update: Apple still sells a $1,099/£1,099 Mac mini that features an ageing Intel processor. Apple could have discontinued this model when it introduced the Mac Studio, but it didn’t, indicating that there is still hope for an M1 Pro version of the Mac mini. Indeed, there is evidence that an M1 Pro version of the Mac mini is coming. Read on to find out when we might see the M1 Pro Mac mini.

However, there is an elephant in the room right now: At WWDC in June 2022, Apple introduced an M2 MacBook Air and MacBook Pro. Does this mean that Apple will not be making any further M1 updates? Should we now be expecting an M2 Pro Mac mini? Or is an M2 Mac mini more likely? An M2 Mac mini is also expected in 2022 – perhaps in October.

If you want to buy one of the current Mac mini models you can get one directly from Apple, or check out our round-up of the best Mac mini deals.

We hoped to see a new M1 Pro Mac mini replace the still-on-sale Intel-powered model at WWDC 2022, but Apple failed to update it. That doesn’t mean that a M1 Pro Mac mini won’t launch, though it’s definitely less likely. There is now the distinct possibility that Apple could skip the M1 Pro version of the Mac mini and launch a M2 Pro Mac mini instead.

There is some evidence that an update to the Intel-powered Mac mini could be coming. In April 2022 developer Steven Troughton-Smith pointed out that the Studio Display’s latest software update includes a reference to a Mac mini that’s not yet available. Troughton-Smith first speculated that “Macmini10,1” could be a Mac mini with a new M2 processor, but later he changed his mind to M1 Pro and M1 Max models.

A couple of days after Troughton-Smith’s tweet, Bloomberg’s Mark Gurman reported that Apple is internally testing a a Mac mini with an M1 Pro, codenamed J374, along with an M1 Max Mac mini, but it’s possible this model won’t ship. He also indicated that Apple is testing an M2 Mac mini, codenamed J473, with eight CPU cores and 10 GPU cores (which matches the chip Apple launched at WWDC) and a Mac mini with an M2 Pro chip, codenamed J474.

The Mac mini has had a similar square design ever since it arrived in 2005. Over time it has gotten thinner, lost the CD drive, and changed colors. There are claims that the next Mac mini will shrink even further, which could put it at less than an inch tall, based on renders. However, these more compact design rumors seem to relate to the new M2 version of the Mac mini.

Further rumors about a larger Mac mini are clearly related to the Mac Studio that Apple announced in March 2022. From the top, it looks the Mac Studio looks like a Mac mini, but it is a few inches taller. The larger form factor allows for the better cooling required by the M1 Max and M1 Ultra. Would the Mac mini need to be larger to accommodate the M1 Pro? We don’t think so—the chip works just fine in the MacBook Pro after all.

In March 2022 a tweet from an account claiming to be for analyst Ming-Cho Kuo stated that the 2023 Mac mini will have the same form and design as the current model.

The new model is likely to offer the same array of ports as the Intel model does currently: up to four Thunderbolt/USB-4, two USB-A, ethernet, HDMI and 3.5mm headphone jack. Apple doesn’t ship the Mac mini with an Apple keyboard, right now you need to provide your own or buy one from Apple. That’s unlikely to change, but Apple does offer the new Apple keyboard with Touch ID as an upgrade for the M1 Mac mini.

We still expect Apple will introduce a replacement for the Intel-powered Mac mini that will feature an M1 Pro chip. We don’t expect to see the M1 Max or M1 Ultra in it, although the company is said to have been testing models with the M1 Max as well as the M1 Pro.

Now that the M2 has been introduced, there is a chance that Apple could skip the M1 Pro and go straight to the M2 Pro, though we’re not likely to see that model until mid-2023.

It’s possible that we could see a price rise with the introduction of the M1 Pro-powered model. Such a price rise would serve to narrow the gap between it and the $1,999/£1,999 Mac Studio with M1 Max. Apple won’t want to make the Mac mini too attractive an option for those it wants to sell the Mac Studio to.