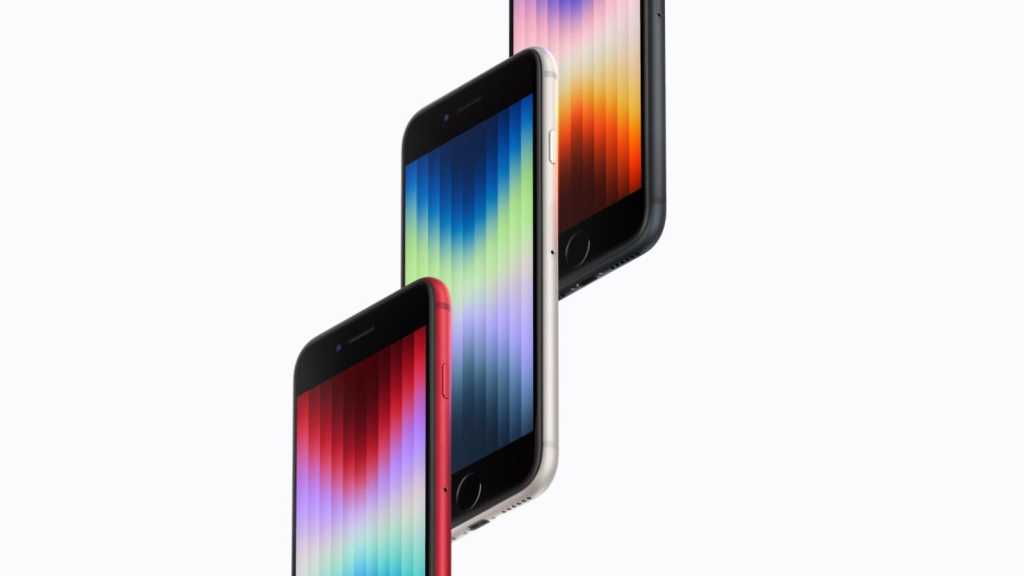 The third-generation iPhone SE is here – and apparently a big disappointment. But perspective is everything: visually not much has changed and yet Apple is going in exactly the right direction for the target market.

We knew nothing would change and that’s not necessarily a bad thing. The third-generation iPhone SE does not offer any major visual changes compared to its predecessor. This means that in addition to a 4.7in display, the SE 3 still comes with a Home button, and Touch ID remains the fastest way to secure and unlock the entry-level iPhone. Users who want a Home button and users who prefer Touch ID to Face ID will be relieved that this hasn’t changed.

Visually little has changed then, but something has happened under the hood: The new SE 3 now comes with 5G, just like the iPhone 13 and iPhone 12. In addition, Apple is has added an A15 chip (as found in the iPhone 13 range), which brings to the entry-level iPhone more power in terms of photos, battery and general performance. To what extent the iPhone SE 3 is better than its predecessor, which featured the A13 (as found in the iPhone 11), remains to be seen.

However, the SE 3 is a perfect example of Apple’s big “rumour problem”. We all knew in advance that the SE 3 will not differ greatly visually from its predecessor because the rumours and leaks indicated that this would be the case. Nevertheless, common sense doesn’t stop concept renderings circulating of what a new iPhone SE could look like, and such imaginings have been shared since the first rumour articles about SE 3 appeared.

These concept designs showed a more modern design for the iPhone SE – a merger of iPhone SE 2 and iPhone 11, a notch on the front and the old camera design on the back. Pictures burn better into our brains than words so some people ended up with an expectation that Apple could surprise us with a more modern design, and even those who weren’t taken in by the concepts still had a glimmer of hope that Apple might surprise us.

But what does “modern” actually mean? For users who take the iPhone 13 series as an example, everything else is of course automatically unfashionable. Angular design, narrow notch, ProMotion display, an advanced camera system: If these are the criteria for categorizing a smartphone into “modern” and “obsolete” in 2022, then the iPhone SE 3 is indeed anything but modern.

However, we should not forget that not every smartphone user out there cares about looks, some care more about whether a smartphone performs as well as possible in all possible areas and others just need the absolute smartphone basics: being able to make phone calls; receive and send messages; and browse the Internet.

And this latter group is anything but small:

Those who call the iPhone SE 3 “unfashionable” simply belong to the wrong target group from Apple’s point of view. After all, with the iPhone 13 line-up, Apple offers four alternative models that cover all other features. And if the iPhone 13 is too expensive for you, and you want a modern design, you have the choice of the iPhone 12 or iPhone 11.

The iPhone SE has always appealed to a specific target group. The design may not be modern, but for the target group intended by Apple, the design is just right: easy to use, basic features and a reasonably reasonable entry price. The iPhone SE 3 is not designed as alternative for iPhone Pro users.

“Modern” is a matter of perspective. With the iPhone SE 3, Apple has succeeded in creating a completely modern smartphone that is just right for the corresponding target group.