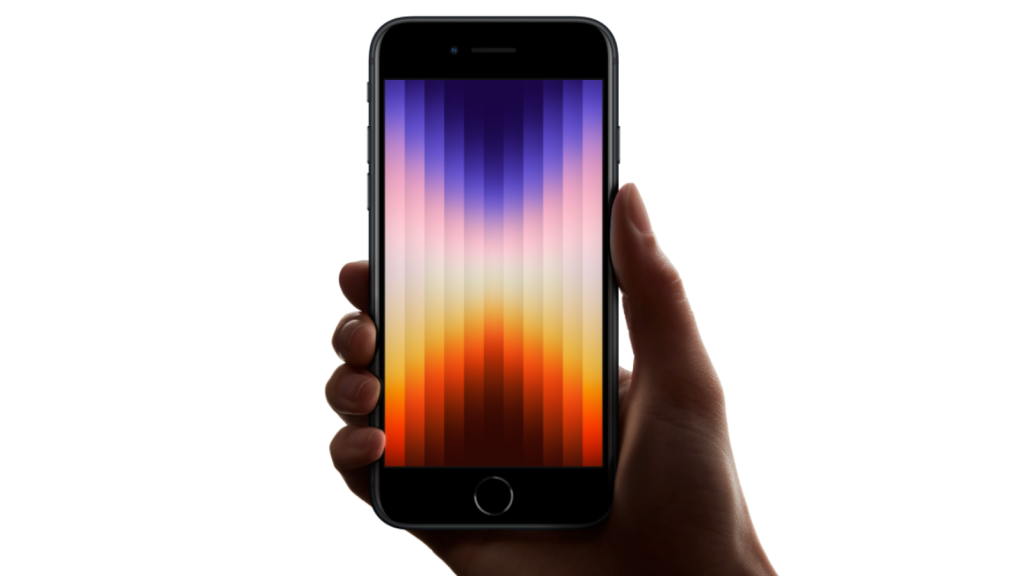 Apple announced the latest version of the iPhone SE at its Peek Performance event on 8 March, alongside the new iPad Air and the Mac Studio. While any upgraded SE is something we look forward to, the advancements this year were minimal, consisting of a move from the A13 Bionic processor to the A15 Bionic found in the iPhone 13 range, a few extra camera modes, tougher glass coverings for the front and back, and 5G support.

One area that sadly remained in place was the 64GB of storage for the base-line model. Why is this so bad? Well, it could make your life more stressful, cost you money in the long run, and it just doesn’t compare that well to equivalent or even cheaper Android phones. Here’s our thoughts on why you might want to avoid the 64GB iPhone SE (2022).

Now, before you think this is some kind of click-baitey rant, let’s establish from the outset that for some users 64GB or storage will be ample. If you don’t download movies to your iPhone, play lots of games or want to have access to your entire music library without the need for a Wi-Fi connection, chances are you’ll be perfectly happy with the entry-level iPhone SE (2022).

The same goes for those who are satisfied to keep their photos and videos in the cloud, downloading them when and if they are required. So, if that’s you, fill your boots. Otherwise, let’s see how the limited storage could quickly become a pain.

What storage options are available on the iPhone SE (2022)?

Apple offers three storage options for its new iPhone SE, which are as follows:

As you can see from the pricing above you only need to pay £50 more to get the 128GB iPhone SE and we suggest you do ( you can buy a 128GB iPhone SE from Apple here). But if you need a bit more convincing read on…

How much storage do you really get?

Although the box might say 64GB, that’s not the real amount of storage that will be accessible to you as iOS, preinstalled apps and other system resources require a portion of that for the device to function.

In the fine print on the iPhone SE (2022) page of Apple’s website, you’ll find the following statement:

Now, we don’t know the exact size of the iPhone SE configuration, but at best it’s the 12GB variant which would reduce your storage to 52GB. If it’s the 17GB one, then that leaves you 47GB to play with. Yes, you could delete the 4.5GB of Apple apps, but as most people actually use them, this might not be the space saver it seems.

So, averaging it up, we arrive at the figure of 50GB of actual storage you can use on your iPhone SE, rather than 64GB. Still, that’s a fair amount of room isn’t it? That depends on how you use your device.

If you like to catch up with your favourite Netflix, Disney+, Amazon Prime Video or other streaming service shows and movies without using up your data plan, then downloading content to your device is the best solution. But, be aware that file sizes can be quite large. For example, Netflix states that HD content uses up about 3GB for each hour. This means that a two hour movie will occupy 6GB of space on your iPhone SE. 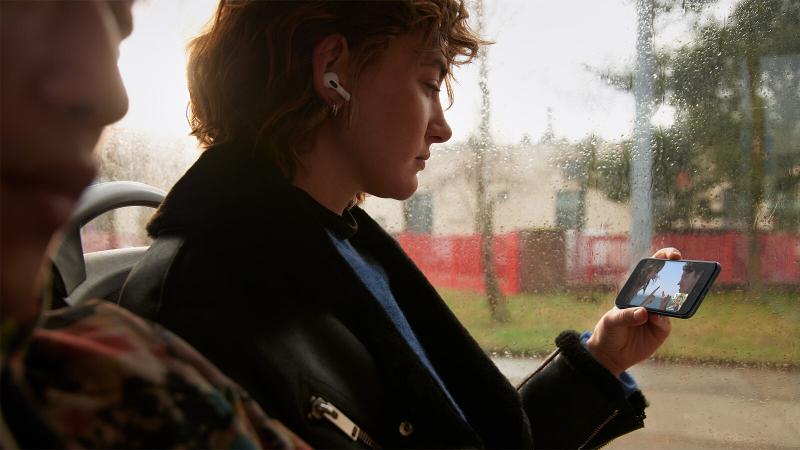 This means that if you’re going on a trip and want to download a couple of movies and maybe some episodes of a TV show, then that amount of space will soon add up. Of course, you can delete them once you’ve watched them, so it’s not the end of the world.

Obviously, songs files are a lot smaller than video ones, but as you tend to download more of them they can also contribute to the squeezing of space on an iPhone. On average a 3 minute song will take up around 2MB, which isn’t much. Albums often have around 12 songs on them, so that will cost you 24MB. Again, not a big deal. Download ten albums and you’ve amassed 240MB, which isn’t going to make a big dent on your storage. Move that number up to 100 albums and it will be around the 2.5GB mark. Naturally, if you have a large music collection and want it all available at any moment, then you could be looking at a fair few gigabytes being occupied by your sounds.

One way around this is to stream songs from a service like Spotify, Apple Music, Deezer or one of the many others available. Or, just download a selection of albums to listen to rather than your entire library. This is where limited storage starts to require you to make choices in how you use your device.

To see how the major players compare, take a look at the best music streaming services roundup on our sister-publication Tech Advisor.

Apps tend not to be that big, but if you like to download loads of them then you’ll need to keep an eye on your storage space. For example, TikTok and YouTube are each around 250MB, Twitter and Instagram are around 200MB, Amazon is close to  150MB and Fantastical clocks in at around 80MB. This means that downloading those six popular apps will take up over 1GB of space.

Games are often larger, due to their graphical nature, with normal titles often being over 300MB each, and some much larger. Checking the App store reveals that Minecraft is currently 385MB, whereas League of Legends: Wild Rift is 3.8GB, so you can see that there is a wide range of file sizes. 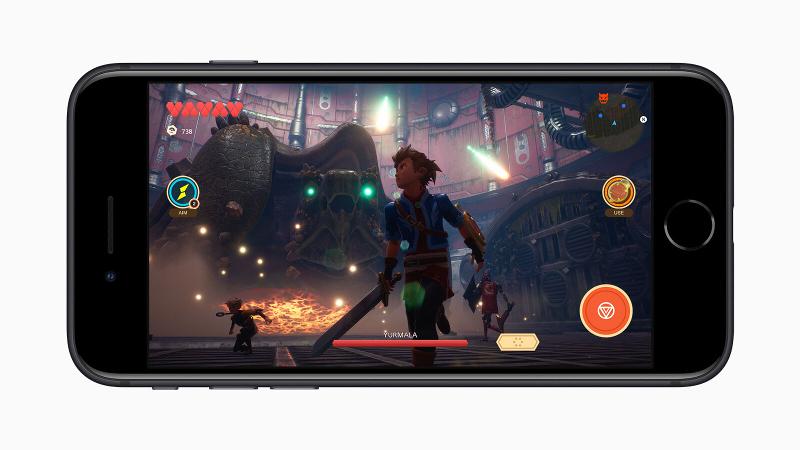 Again, remember you can always delete games bought from the App Store, then download them again at a later date. There’s also Apple Arcade, which is a subscription service that lets you play lots of different games, all of which can be deleted then downloaded once more.

Photos are similar to songs in that they usually average around 2MB, although this amount can vary depending on factors like the amount of pixels in the image and whether you’re using Apple’s HEIC format or preferring the more easily shared JPGs (which are often larger file sizes).

Video is where the real issue can be found. The iPhone SE (2022) can capture 4K video at 60fps, which delivers excellent quality footage but at a whopping hit to your storage. Using this feature, even with Apple’s HVEC format that reduces file sizes, tots up to 400MB per minute. That means one hour of video will take up 24GB of storage, which is half of all the amount available on a 64GB iPhone SE (2022).

Moving down to 1080p at 60fps and things get considerably smaller, with 1 minute using 90MB and 5.4GB for the full hour. In short, if you want to shoot top quality video on your iPhone SE, then 64GB of storage simply won’t be enough.

Is iCloud storage the answer?

The obvious way to supplement storage is to use iCloud. Here you can store photos and videos, which are often the biggest culprits for taking up space on people’s phones. Of course, this isn’t free, with Apple offering a range of tiers priced as follows:

For most people, this will probably help with freeing up space on your iPhone, but only if it’s the photos and videos that are causing the problem.

It really all does depend on how you want to use your iPhone. If you don’t mind deleting apps and games when you don’t use them for a while or keeping your photos and videos on iCloud (with the additional monthly cost), then 64GB is a serviceable amount of storage.

The real crunch comes with if you’re up for doing this kind of ongoing maintenance. Pruning your music library, getting rid of space hogging apps and files, or keeping an eye on how long you’ve been recording videos can quickly become a frustration, and unlike many Android phones you can’t add any additional storage down the line via something like a microSD card.

So, before you get tempted by the lowest priced iPhone SE (2022), take some time to think about what you’ll be using it to do each day and how much you want to manage your data to stop the Low Storage warnings appearing.

If you agree with us that the 128GB model is better value for money check out these best prices below and see if you can get a discount:

To see what other options Apple has on offer, take a look at our iPhone buying guide and if you want to save some money, we’d also recommend considering buying a second-hand or refurbished iPhone.  If you do want to buy an iPhone SE then check out our best iPhone SE deals.