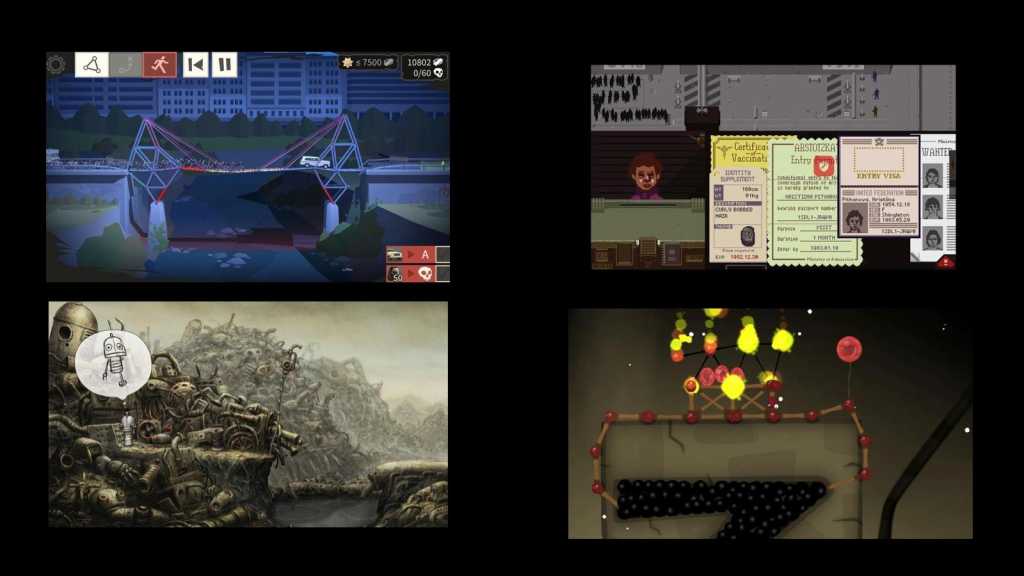 If you like playing puzzle games try some of these great options below.

We also have eleven separate articles covering our favorites in each game genre. So if you want more of the same, select your favorite genre from the list below and jump to that article.

Bridge Constructor was first released back in 2013, and challenged players to build bridges across various types of landscape and terrain, and then see what happened when the bridges faced the stress of hundreds of trucks and cars passing over them each day. It’s not exactly mass-market action game material, but it did well enough to spawn a couple of sequels – and that’s when things started to get a bit interesting.

The Medieval sequel put you in charge of a city under siege, building bridges to carry your troops and supplies, and traps to trick the invading enemies. There was a Portal edition that combined bridge-building with multi-dimensional puzzles, and a Playground edition for younger children. And now the developers at ClockStone have produced a bizarre mash-up that has you building bridges in the world of the Walking Dead TV series.

The world has been overrun with zombies, and you have to build bridges, traps and other structures to help keep your small band of human survivors safe, and to complete missions looking for food and other supplies. To be honest, the game could do with a better tutorial, as I had trouble figuring out how to build even simple bridges at first, but once you get the hang of it, the game’s puzzles are really challenging, and it’s fun watching hordes of zombies hurtling to their doom as your traps spring into action. 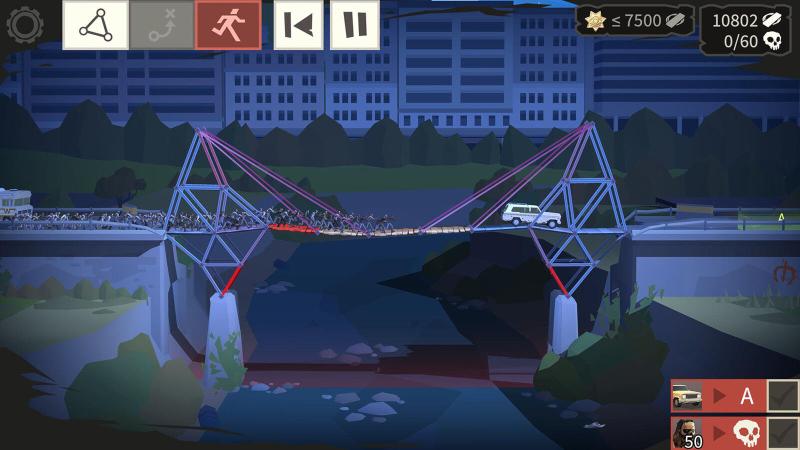 Very much the brainchild of a single man – Jason Roberts, who created the game’s hand-drawn artwork over a period of several years – Gorogoa is a unique game that combines dreamlike storytelling with elements of point-and-click adventures, and the spatial illusions and puzzles of Monument Valley.

The game begins with a single panel of animated artwork, as a young boy looks through a window and sees a strange, magical beast wandering through the city below. It’s a simple enough beginning, but then things start to go all Inception on you, as you discover that you can click on the window frame and drag it out into a separate panel – like arranging the artwork for a comic book strip – while the view of the city remains in the first panel. The second panel with the window frame now allows you to explore the room around you, and the young boy finds a book that sets him on a quest to help the beast.

Moving the window frame again allows him to ‘teleport’ down on to the streets, and demonstrates the lateral thinking that you need to solve the game’s imaginative puzzles. And, as the story progresses, you can have up to four panels of artwork on the screen at once, giving you great freedom to combine objects, or move from one location to another as you continue your quest. 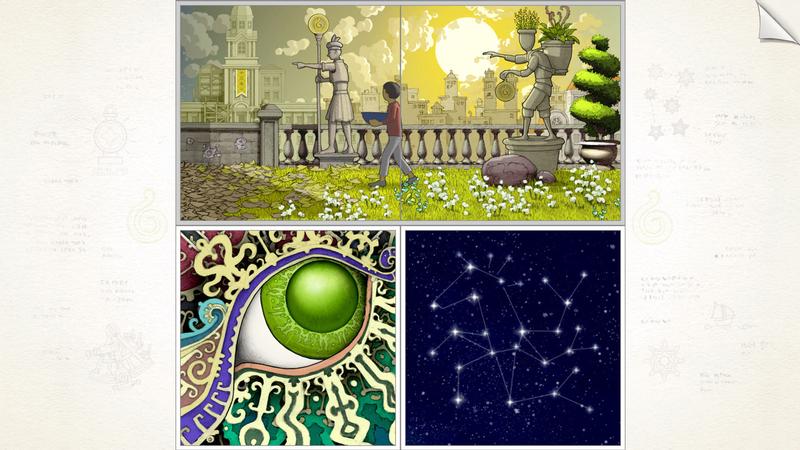 Machinarium is a charming, old-fashioned point-and-click adventure full of puzzles. You’re cast as an adorable little robot who must find his way back home, rescue his girlfriend and stop a gang of robot hoodlums setting off a bomb.

The beautiful, well-realised setting is a steampunk robot world where the inhabitants speak in thought balloons and pantomime. It’s an immersive experience and the haunting music and sound effects are wonderful.

It may remind you of Pixar’s animated film Wall-E, but Machinarium doesn’t suffer from the comparison. 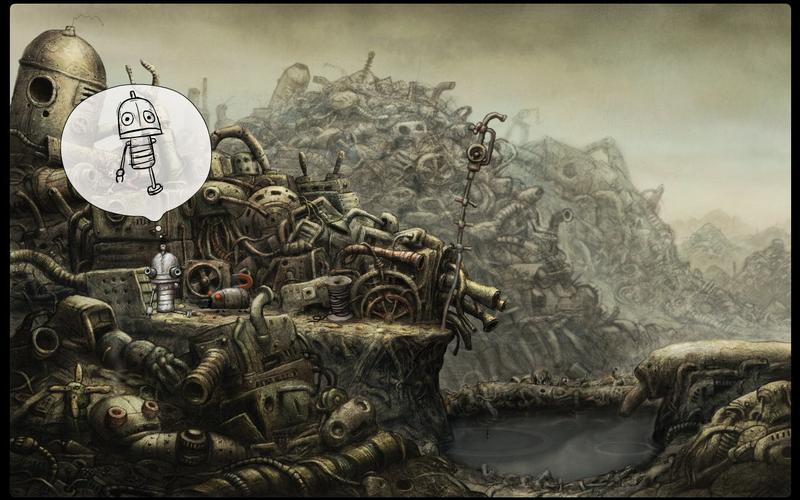 Almost unclassifiable in normal gaming terms – we’ve put it with the puzzlers, although it’s really a bizarre take on the classic worker simulation – Papers, Please sees you taking up the post of border control in an authoritarian regime. Which is certainly a novel idea for a game.

People enter your booth and present their papers; it’s your job to figure out if they can be allowed in. If you spot an irregularity in their paperwork, deny them entry. If their sob story touches your heartstrings, let them in. But if you let through too many dodgy types, or work too slowly, the money you earn will take a dip, and your family need to eat.

Papers, Please is a quirky, interesting game set in a truly novel (and utterly bleak) environment. And while the level of profundity is debatable, there’s definitely more going on here than in your average worker sim. 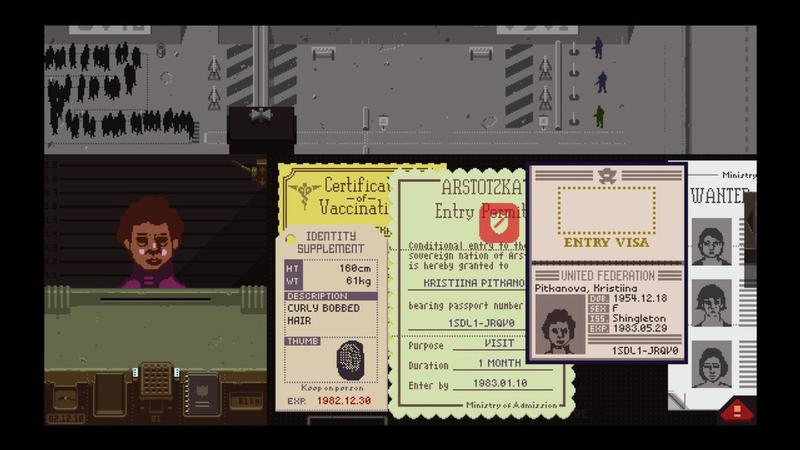 The Mac version of World of Goo is more expensive than the iOS version, so it might be worth checking out that first if you’ve got an iPhone or iPad. But whatever you play it on, it’s a charming and unique game.

You’re presented with a series of puzzles that are solved by combining blobs of goo to create various structures such as bridges and towers. Sometimes it’s not immediately clear what the puzzle is, so you have to figure that out first and then learn about the properties of different types of goo in order to work out the solution. 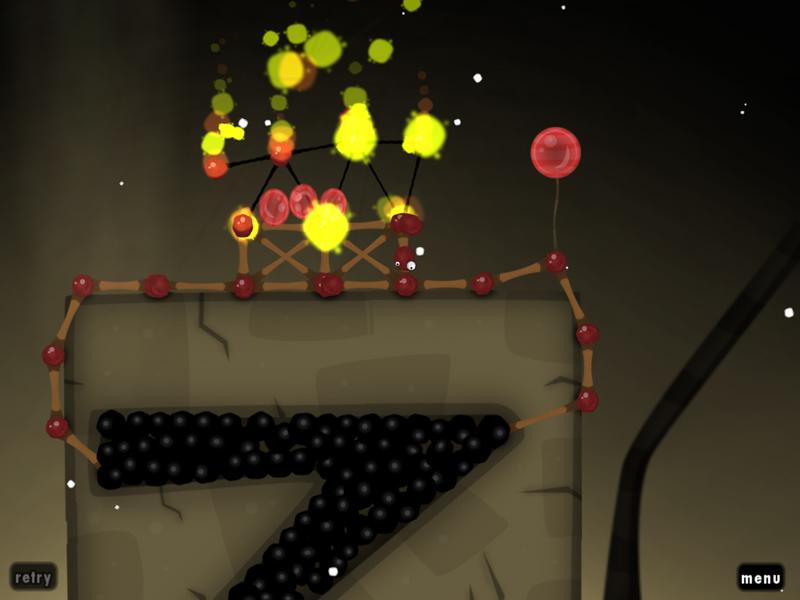