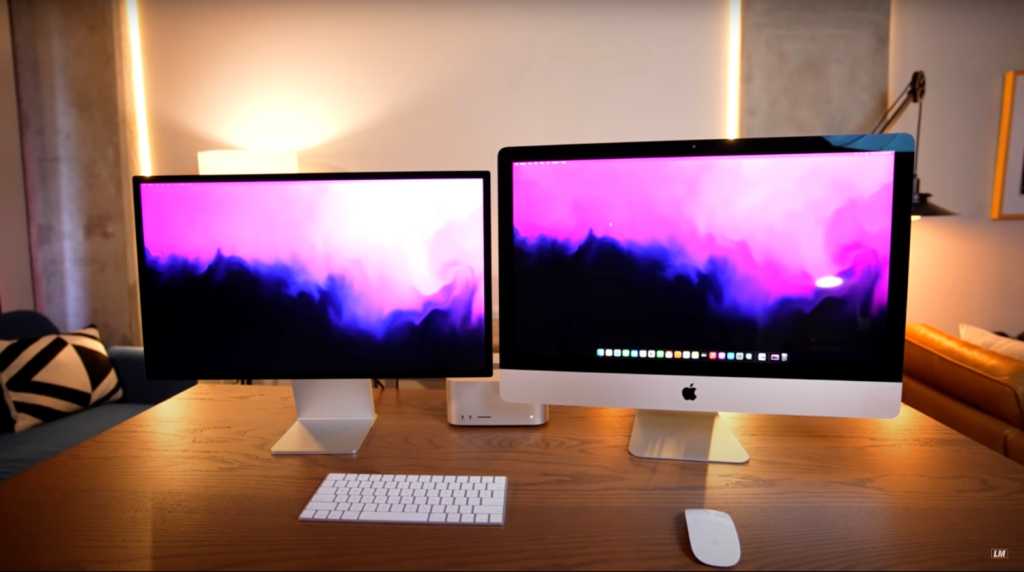 Apple’s Studio Display may be significantly more affordable than the Pro Display XDR, but it’s still pricey (at least the $1,599 starting price includes a stand). And there aren’t third-party alternatives at the same size and resolution as the Studio Display available; the only other 5K 27-inch display on sale before the Studio Display was the LG’s 5K 27-inch UltraFine display, and it was discontinued.

Of course, you could settle for a 4K display, which is easy to find (and a lot easier on the wallet), but if you really want the pixel density that a 5K 27-inch display offers, you can do what YouTuber Luke Miani did and take matters into your own hands. Miani bought a 2014 Intel-based 27-inch iMac with a 5K screen, modified its hardware, and created what he calls a DIY Studio Display.

That’s at least a $700 savings. If you want to make your own DIY Studio Display, your mileage will vary somewhat. You could spend extra on a more recent iMac or a little less on an older iMac that doesn’t start up. You could also opt to leave the camera off or choose a cheaper one to save a few bucks, because it wouldn’t be a studio display if people weren’t questioning the quality of your Zoom calls.