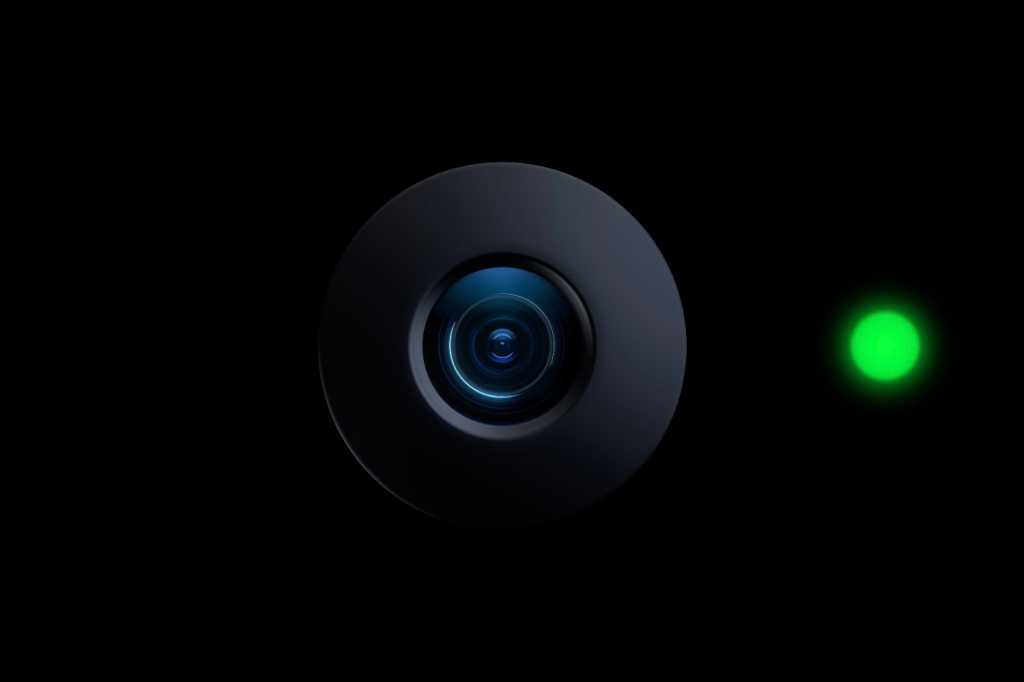 You have to admire Apple’s approach to complex technology. The goal, always, is to make it easy, to make it magic, to make it seem effortless. Regular users shouldn’t be burdened by an avalanche of settings and options. Things should just work.

The problem, of course, is that sometimes things don’t just work. “Lean back and enjoy,” Apple tells you. “We got this.” But they don’t have it all the time. And in lots of instances, there isn’t a fix.

The Apple Studio Display, with its perplexing and controversial webcam, dredges up a lot of those feelings of frustration. We can debate the wisdom of putting Center Stage on a display most likely destined for the desks of nerds, but let’s leave that aside. How about the audacity of Apple shipping it without any interface to speak of? And how much better might the camera on the Studio Display have been received if it could be tweaked by its users to produce more pleasing images?

I could accuse Apple of making its webcam a black box, impervious to any interaction or understanding, but that’s not fair. It’s a very dark gray box, but not entirely black. You actually can control a few features of the camera on the Studio Display, as well as other Apple devices! It’s a new addition to Control Center, where you can turn Center Stage and Portrait Mode on or off. Apple even lets you adjust the settings on a per-app basis, in case you want to use Portrait Mode on FaceTime but not on Zoom.

And… that’s it. In addition to the Studio Display, every laptop Apple makes has a front-facing camera–and no official way to tweak its settings. Sure, there are third-party tools (that are essentially hacks) to let you adjust your settings. Macworld’s Jason Cross wrote about them back in 2020. I used to rely on Webcam Settings, and Ecamm Network’s iGlasses is another option, albeit with limited compatibility.

It shouldn’t be like this. Apple should provide the users of any Mac with a webcam with tools to make their images look better. With Webcam Settings, I was able to improve the contrast, reduce color saturation, and generally make my image look the way I wanted–or I could flip back into Automatic mode and just let the camera make the decisions.

My podcasting partner Myke Hurley, who lives in the U.K., has been frustrated for the past year that the M1 iMac and Studio Display don’t properly deal with the flicker rate of fluorescent lights in Europe. A recent update seems to have solved the issue on the iMac, but no such luck for the Studio Display. You know what might solve the issue? A flicker-frequency setting like the one found in the Webcam Settings app! But since Apple refuses to provide that sort of control, Myke’s forced to quit and re-launch apps in the hopes that the problem will eventually correct itself.

A lot of people rely on green screens or other background replacement technology to obscure their backgrounds. Some apps include this, while others don’t. Apple’s been playing in this field for years with the Photo Booth app (which doesn’t support Center Stage, by the way!), and of course, Portrait Mode works by intelligently defining the foreground and the background. It would be great if Apple let users replace their background (or green screen) with an image of their choice, regardless of what app they were using.

Who controls the crop?

Here’s one more. If you don’t like the move-and-crop approach of Center Stage on the Studio Display, you can turn it off–but Apple decides what portion of its camera to use as the static version of the image. It was originally hilariously high, but in prerelease versions of the Studio Display firmware it’s a little lower. Still, I have to ask: Why can’t I define that crop myself? And not just for the Studio Display, but for any Apple webcam?

I have a green screen that I use occasionally, and yet my camera is a little too wide and exposes the edges of the green screen. When I’m using the excellent Reincubate Camo to use my iPhone as a substitute webcam, I can choose to zoom my image in slightly in order to make sure I’m centered, and the green screen completely covers the background. It’s an option every webcam user should have.

Though a lot of people complain about the “virtual cameraman” that pans and zooms within Center Stage, because it’s a bit showy and distracting, other people like it. Right now, however, that algorithm is all-or-nothing. Why not let users be able to choose between some different Center Stage approaches? A wider crop might pan less. A tighter crop could pan more. I would prefer a smoother adjustment to the view rather than a sudden, sharp movement. A few presets or sliders to adjust the behavior would let people choose the Center Stage experience they wanted, rather than being forced to take or leave the single option provided by Apple.

The power of interfaces

I’ve been focused on the camera on the Studio Display, because it’s such a good example of Apple’s protective instincts toward its users backfiring in spectacular fashion. (Having a good set of defaults does not mean you should not offer other options!)

But as I conclude, there’s another aspect to the Studio Display that I need to mention. It’s a spectacular example of Apple’s tendency to simplify its hardware design a bit too far. Think of the buttonless iPod Shuffle, the scroll-wheel-less third-generation iPod, the elimination of Touch ID and the headphone jack on the iPhone, and the dramatic reduction of ports on MacBooks in the late 2010s.

Well, the Studio Display–a complicated piece of hardware that’s actually running a version of iOS on an A13 processor on the inside–doesn’t have a power button. Or a reset button. Or any button.

Sounds great, right? Apple’s got this. Why have a power button when you don’t need one?

But Apple doesn’t have this. Studio Display users are reporting that occasionally, the Studio Display’s audio–speakers or microphones or both–get a little choppy. That’s a common problem with audio hardware on the Mac (and as a podcaster I’d like to suggest that Apple should probably spend some time making the Mac’s audio subsystem more reliable) but it’s fixed by the classic tech problem solver: turn it off and back on.