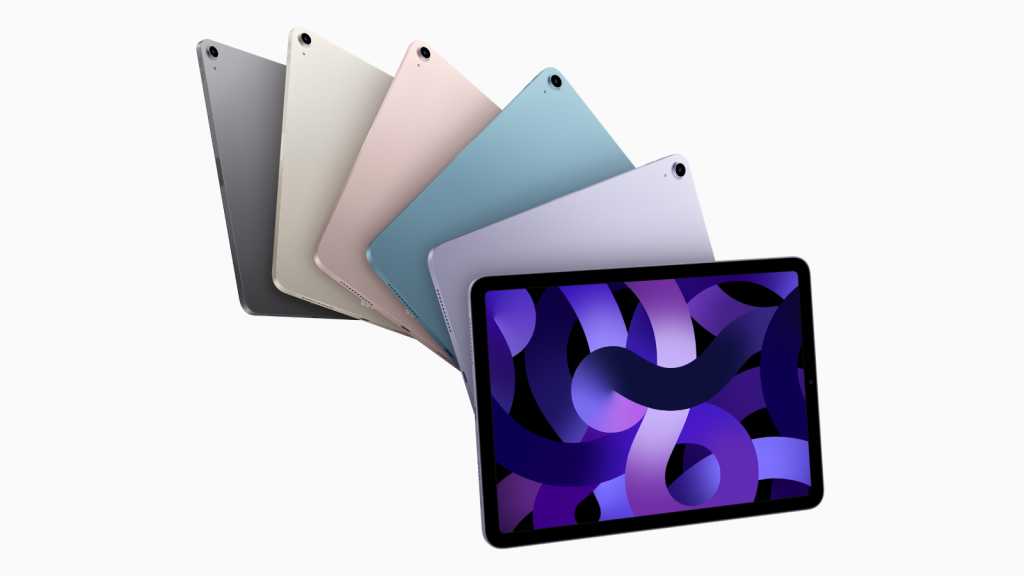 The iPad Air has seen some serious upgrades in the last couple of years, with many dubbing it the iPad Pro Junior thanks to the design language and power that it offers. But is this the right time to buy one, or has Apple got a new version waiting in the wings? We help you decide.

The iPad Air is fast approaching its tenth anniversary, with the range debuting in November 2013. Since then, Apple has regularly updated its svelte tablet, moving it through different screen sizes, until the 4th generation appeared in 2020 without a Home button, making it very similar to the iPad Pros. That format was revived in 2022 with the new device being blessed with Apple’s M1 SoC, the same processor found in the latest versions of the 11-inch and 12.9-inch iPad Pro.

Pricing is as follows:

Read our full iPad Air (2022) review for a closer look at this fine creation. Here are the latest deals:

iPad Air: Why you should buy

With the latest generation of the iPad Air only released in March 2022, this is about the best time there is to take the plunge if you want to buy one. Apple tends to leave it around eighteen months between updates, so this version is likely to remain the current model until around October 2023, should Apple continue with its current schedule. It’s also a hugely powerful version of the iPad thanks to the M1 silicon, solid cameras and up-to-date connectivity via Wi-Fi 6 and 5G (assuming you buy the cellular version).

iPad Air: Why you should wait

If you’re considering an iPad Pro and think the Air is an alternative that’s cheaper and almost as good, then in many ways you’re correct. But bear in mind that the iPad Air doesn’t have a ProMotion display with a 120Hz refresh rate. The Pros also feature an additional 10MP Ultra-Wide camera that allows for Portrait Mode shots, something that’s not available on the Air. If those things are important, you might want to buy a Pro now, or wait for the next iPad Air.

Conversely, if you don’t need the power of the M1 chip or the buttonless display, then the standard iPad (9th gen) is still a great option that you can pick up for a lot less money than the iPad Air.

If you want a high-quality iPad right now, buy this one. No question. It’s still so close to its release date that you won’t get a nasty surprise with Apple dropping a new version any time soon. It’s also very powerful and still cheaper than the iPad Pros, but with many of the features those premium devices offer. We’d usually advise avoiding the smaller storage space options on something like an iPad, as there’s no way to expand it later, so if you do want a modern, powerful and relatively affordable iPad Pro-lite, then the 256GB iPad Air (2022) is an excellent choice.