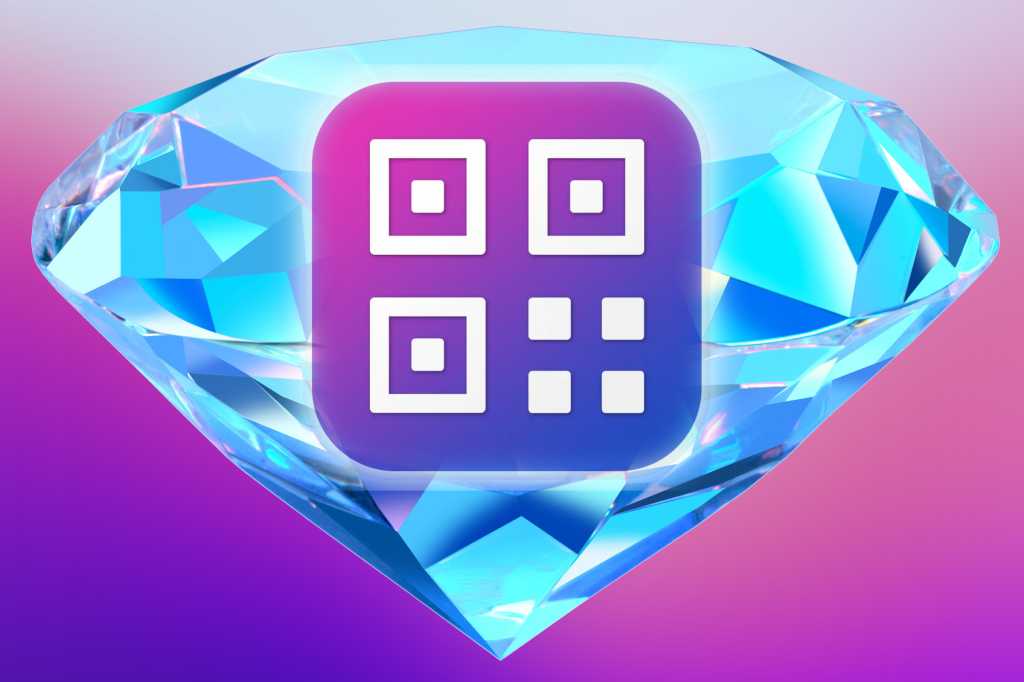 Image: IDG
At a glance

QR Factory from Tunabelly Software generates single QR codes from values you type in, and can batch process data exported from a spreadsheet or database. With batch processing, you can create individual code files or PDFs formatted for commonly-used adhesive label sheets and label printers. The app lets you customize QR codes by including a logo in the center, tweaking the color and border, adding a text label, adjusting the error correction level (which increases or decreases the code’s complexity), and setting the output resolution. It’s a lot of code-generating power in one place.

The app fills in a gaping hole between the utility of QR codes and generating them. In 2009, I thought QR codes were the oncoming future. These 2D codes, developed in 1994, seemed to be the perfect analog glue between smartphones and online resources, whether URLs, coupon codes, or kiosk information. Typing in information seemed like a chore compared to a quick scan of a code. Early QR code-scanning apps appeared that eliminated typing or tapping. In Japan, QR codes became popular by 2005 with the country’s early introduction of capable networked cellular phones paired with interest by advertisers.

But I was ahead of the market: it took until about 2017 for QR codes to become fully useful when Apple embraced auto-recognition inside the iOS Camera app and sufficient Android phones offered the same feature. (Google was first, but adoption took a while to build up steam.) From then on, you could point, tap, and open a link, add a calendar appointment, get a phone number to call, decode some text, or join a Wi-Fi network, among other purposes. Along the way, QR codes had become a primary way to share Google Play app links, Bitcoin payment addresses, and social-network and payment-app information.

Though now in wide use, it’s still a pain to generate QR codes. Some apps and websites create them for you for a specific purpose; for example, Venmo will generate a Venmo QR code. To produce all the formats you might need, you need a standalone app, and QR Factory is that app. The company released version 3 in early May 2022, a major overhaul with new features and an iPad version covered by the same in-app purchase license.

For instance, if you run a retail shop, you might want to generate QR codes with a logo for joining your store’s Wi-Fi network to place in obvious locations, and generate other codes for flyers, receipts, or online links to a menu or other information. For events, you can create tickets with a unique number or a link embedded in the code that can be useful for ticket takers. If you sell items by mail or in person, you can create QR codes to attach to products to aid in distinguishing similar items without having to examine a human-readable label.

Adding an image in the middle of a QR code isn’t supported by the spec. Instead, because these codes incorporate error correction to offset problems in reproduction or camera resolution, you can remove part of them, and they can still be interpreted correctly. QR Factory confirms that your additions to a QR code won’t render it unusable by performing a verification test whenever you make a change. The app warns you if it can’t verify the resulting code. The app could provide better help in sizing a logo to mesh with the block size of a QR code–it requires a lot of slider moving to get it just right aesthetically.

You can fiddle with the more technical sliders and fields to produce a denser or coarser code, designed for greater or lesser odds of perfect legibility by a camera app or other scanner.

QR Factory lets you create a separate document for each kind of customization you want. So if you want to produce codes with a logo in the center, use a particular border and color scheme, and have a particular message at the bottom, you can configure and save that. You don’t have to set this up each time or load presets—just open the correct QR Factory document.

When you’re satisfied with your code’s appearance and verification, you can copy it to the clipboard or export it to both bitmap and vector formats. The codes can also be rotated as part of the export. QR Factory creates EPS, PDF, PNG, and TIFF files. This includes picking the colorspace (grayscale, RGB, or CMYK, depending on the format), useful for printed output if you’ve opted to add color or gradations.

If you have the need or interest in producing quantities of QR codes, QR Factory’s Multiple Codes feature will answer the call but requires some study. Tunabelly Software has a page of documentation on its site with formatting information and downloadable spreadsheets with examples to study to make sure you meet input requirements.

After successfully importing a CSV (comma-separated value) file, a standard text export option from spreadsheets and other data-managing apps, you can optionally link to a folder that contains images specified in the file. The app lets you generate individual QR code image files or PDF files across Avery (U.S. letter and international A4) and Dymo formats.

The app allows unlimited QR code generation via either subscription in the Mac App Store at $6.99 for three months or $19.99 per year. Unlocking perpetual access is $29.99. A single license covers both the Mac version of QR Factory and a similar iPad app.

QR codes have settled into providing the kind of connection I once thought they might between the analog and digital worlds. QR Factory is the modern equivalent of the old dial-driven embossed label maker and a Swiss army knife: the app is the single QR code tool you need to make it easy for people to find you, contact you, join a network, identify what you’re offering, or even pay you at a glance.