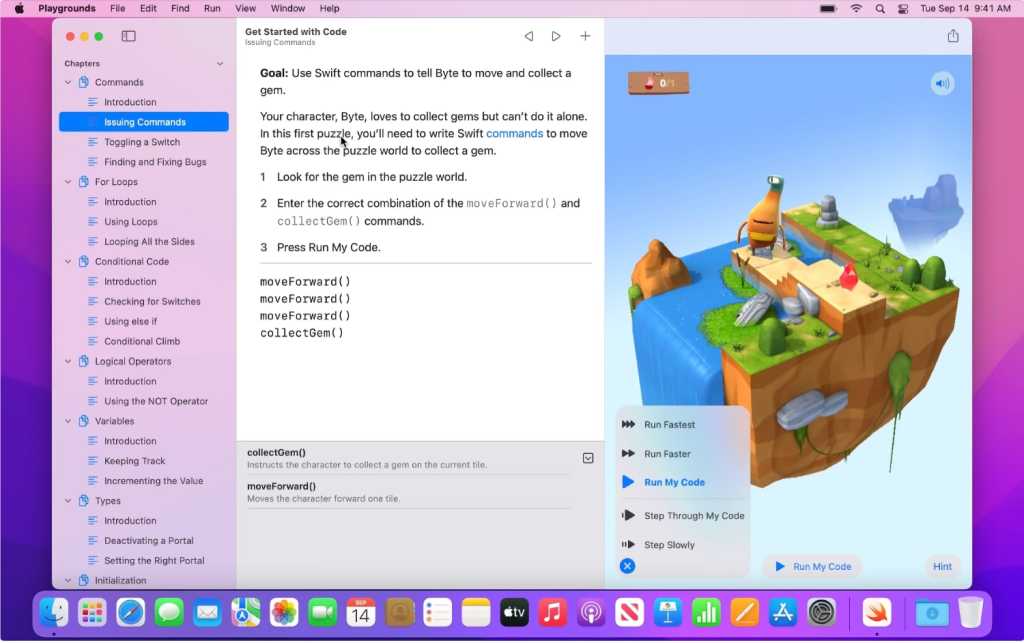 Swift Playgrounds 4.1 is available for free for the iPad and Mac. Version 4.1 now allows users to create macOS apps with SwiftUI, but the users must be running Swift Playgrounds on a Mac running macOS Monterey 12.4, which was released on Monday. Here are the release notes with details on the new features.