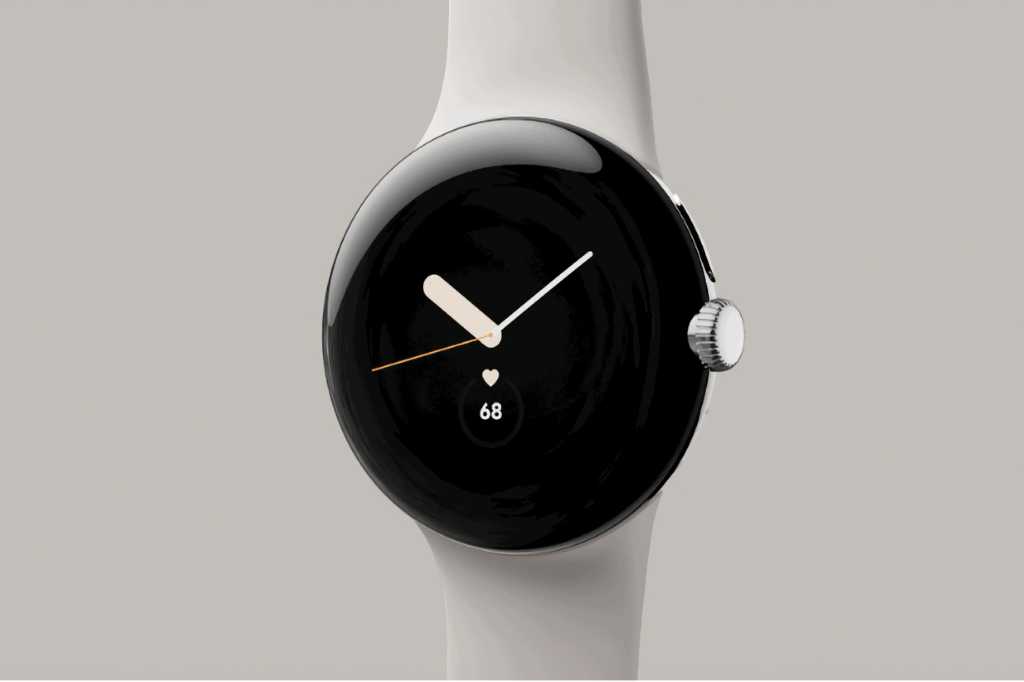 Honestly, the Macalope would rather die in bed than on a hill, but one of the hills he is willing to die on is Square Watch Hill.

Dying on a hill just seems awfully convenient for the people who have to move your body. “Just roll him down.” I’M NOT DOING THIS FOR YOU, KEVIN. THIS HILL HAS MEANING.

Kevin doesn’t care. Kevin only cares about Kevin. That’s why he went into the mortuary business.

At this year’s I/O, Google announced the Pixel Watch, its latest attempt to make something stick on the wall of smartwatches. Unlike the tuna cans of yore, the Pixel Watch is a reasonable size and a fairly nice-looking watch.

For a round watch that is.

Yes, the Macalope did.

Most people will tell you that watches are supposed to be round. That square watches never existed before and are some kind of an abomination that Apple created just to make things easy for itself. What people desperately want, nay, need is to have the hands cover the complications twice an hour so they only have a vague idea of what the day and date are. This information should remain ultimately elusive, as it is an important metaphor for life. Time passes in mysterious ways and then you die. Your watch should be a constant reminder of that.

That’s bleak but perhaps such are the times we live in.

Let the Macalope be perfectly clear here: the fetishization of round watches is dumb and as backward-thinking as early automobiles that looked like horse-drawn carriages. Round watch faces are, no time-based pun intended, an anachronism. The single reason for round watch faces is that a round face describes the motion of watch hands. That’s it. It’s not like a round watch fits a wrist better. It doesn’t. When you remove hands from the equation, everything about round watches is simply an inconvenience: showing complications, attaching bands, keeping the watch from rolling off a table… everything.

Time, of course, does not move in the discrete increments ticked away by a digital watch face. It flows, like a river. In fact, it is a river that runs through the forest of Reality in the… well, the Macalope doesn’t want to give away too much. You’ll find out after you die. Whether you die on a hill or not.

Anyway, bring your swim trunks and a floatation device. And, weirdly, you still need sunscreen. But the sun is… well, you’ll see.

So, yes, the sweep of a second hand does speak somewhat better to the movement of time if, in fact, your watch hand sweeps instead of ticks. But there are other ways to represent that than hands. And even if you decide to stick with hands, a square watch face allows you to put complications in the corners, rather than under the course of the hands. And if you use a watch face that makes better use of the space afforded by a square, it’s like that hotdogs-in-the-face gif except with complications instead of hot dogs.

The Pixel Watch looks great when it’s shown with hands. It looks decidedly less great when showing notifications, since you can only fully see one at a time. Maybe that’s a “feature”–it won’t bother you as much!–but if you’re taking that stance you maybe don’t want a smartwatch in the first place, because part of the point is information. The Macalope has no doubt this watch will appeal to a lot of people simply because it’s round and watches are supposed to be round, even though they were never all round and maybe every once in a while you should reevaluate how form relates to function.