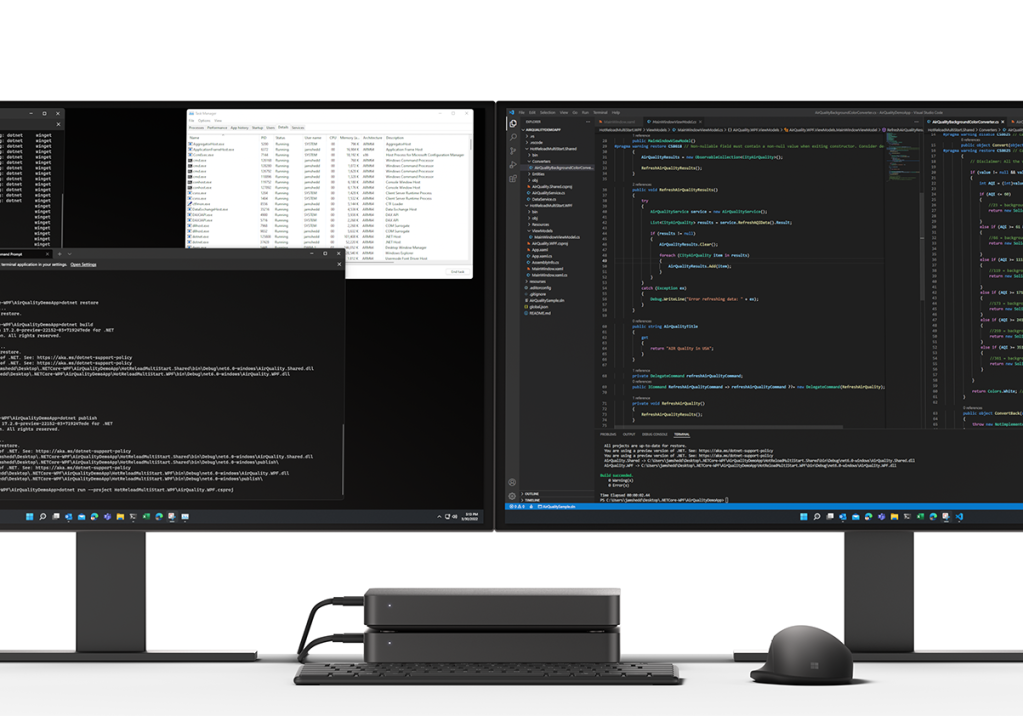 Microsoft’s developers conference, Build 2022, is happening this week, and amid the flurry of announcements was something very Apple-like. In fact, if you weren’t paying close attention, you might have thought Microsoft released its own Mac.

It’s called Project Volterra and it involves a new Windows for Arm developers kit in a PC that looks a lot like an M1 Mac mini. It’s a square, metal mini desktop PC dressed in space gray that appears to be the same size and shape as Apple’s smallest Mac (though it’s made of recycled ocean plastic rather than aluminum). The specs for the devkit—which is used by software developers to take advantage of new features—have not been released, but it doesn’t run an Intel chip. Instead, it runs a Qualcomm Snapdragon system on a chip that’s Arm-based.

If that sounds familiar, it’s because it is: Apple’s own M1 processors are also based on Arm. Microsoft’s Panos Panay said in a blog post, “With native Arm64 Visual Studio, .NET support, and Project Volterra coming later this year, we are releasing new tools to help you take the first step on this journey.”

If that sounds familiar, it’s because it is: When Apple announced its switch to its own silicon two years ago, the company released a Developer Transition Kit (DTK), with a Mac mini outfitted with an A12Z system on a chip, the same processor that was in the 2020 iPad Pro. Developers had to place a $500 deposit on the DTK, and then after the M1 Macs hit the market, Apple required developers to return the DTK and gave a $200 credit towards an M1 Mac purchase.

Microsoft made Windows for Arm available with version 10, and it’s mainly for Microsoft Surface devices. The release of the devkit along with the release of Windows 11 for Arm a few months ago show that Microsoft is still behind its Arm products. But it’s looking to speed things up over the remaining months of 2022.

When Apple released its M1 Macs, it also ended support for Boot Camp, the ability to boot a Mac into Windows or macOS. While it’s possible to run Windows for Arm on an M1 Mac, it’s not officially supported by Microsoft, and there doesn’t seem to be any indication by the company that it will change its mind.

Details on how to get Microsoft’s devkit–which presumably will only be available to developers and not to the general public–and a preview of the devkit’s tools will be coming “in the next few weeks.”