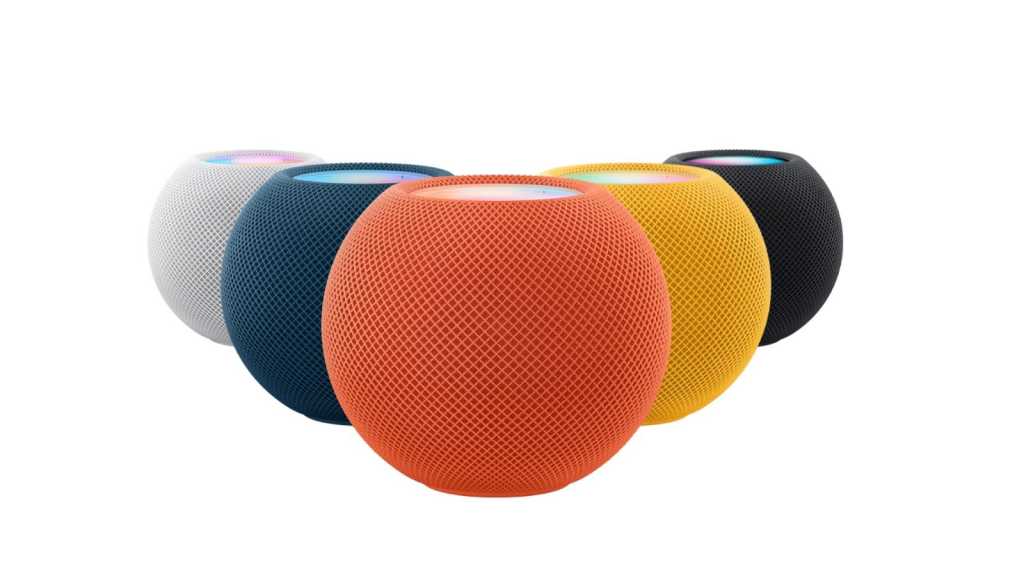 The original HomePod flopped. But Apple wasn’t discouraged. It reconceived the product and released the HomePod mini, a less high-tech–and more affordable–iteration that seems to have been more successful in the market and suggested Apple had larger home ambitions.

Now come rumors that Apple’s planning on building a new HomePod. In fact, there are rumors that as many as three new HomePods could be headed our way. Could it be, in the same year that the iPod finally faded away, that the HomePod will transform itself from a failure into a key Apple product line?

It’s time. Not just for a HomePod comeback, but for HomePod domination. Two HomePods? I want more. I want four. It’s time for Apple to rush back into the smart home game and the HomePod can lead the way.

Return of the HomePod

Analyst Ming-Chi Kuo reported that Apple’s working on a new HomePod for later this year or early in 2023. The logical assumption here is that the HomePod mini will once again be given a non-mini counterpart, a larger speaker that sounds better–but perhaps is more like a scaled-up HomePod mini than a revision of the original, expensive HomePod.

It makes sense. The HomePod mini, as fun as it is, can’t fill larger rooms with high-quality audio and lags behind the original HomePods in terms of acting as speakers for an Apple TV. There’s room in Apple’s speaker line for a more powerful model. Will it satisfy fans of the original HomePods? Probably not, but all it needs to be is a bit better than the HomePod mini for not a lot more money. All of a sudden, the HomePod is a product line again.

Could it be true? As someone who has advocated again and again for Apple to smoosh the Apple TV and HomePod together, I’m excited to relay that Bloomberg’s Mark Gurman thinks that this product may finally be on the way.

Perhaps arriving next year, it would be a single device that would act as an Apple TV and Soundbar in one. Attached to your TV, it would fill your room with audio from streaming movies and TV shows as well as from Apple Music, including Spatial Audio. Step 1: Plug the HomePod TV in. Step 2: Plug it into your TV. Step 3: There’s no step 3!

Gurman also suggests that this HomePod might also feature a Center-Stage-style camera, which also makes sense. Imagine being able to kick off FaceTime conversations with family members from your living room couch, with a camera that’s smart enough to zoom in to wherever you’re sitting in the room. (It’s actually a more fitting use of Center Stage than the Studio Display!)

What’s more, there’s nothing in this product that goes particularly beyond the technology Apple’s shipping today. All Apple has to do is integrate it into a single convenient device–and it might be a great way to drive tvOS into many more homes.

Another rumored HomePod is one that would be more akin to the Amazon Echo Show and the Meta Portal: a smart speaker with voice control that also has a display and a camera. Again, this is all tech that Apple currently offers–it would just need to be remixed into a new product that would find a home on a table or in the kitchen.

I keep an Echo Show in my kitchen, and it’s not a bad product, but it just makes me wish for something better. Imagine a Center Stage-style camera, with support for all the streaming services via their Apple TV apps. The real challenge would be in figuring out the interface for such a device. Would it just be… an iPad stuck to some speakers? An Apple TV you can drive with simple gestures?

Here’s my idea: Just as Amazon does, keep it simple. Offer a remote control and an Apple TV mode for simple navigation–in other words, don’t replicate iPadOS, because these sorts of devices are not ones you want to spend a lot of time touching. Besides, the killer app for a device like this isn’t one with heavy interactivity–it’s one that dispenses ambient information. Allow me to populate that screen with iOS-style widgets, and you’re on to something good.

As someone who has two original HomePods still in use to this day, I don’t hold anything against the product despite its failure in the market. And with the iPod now officially buried, it seems like the right time for the HomePod brand to come into its own. That’s a good thing since it’s long past time that Apple spent more time focusing on its smart-home product line.