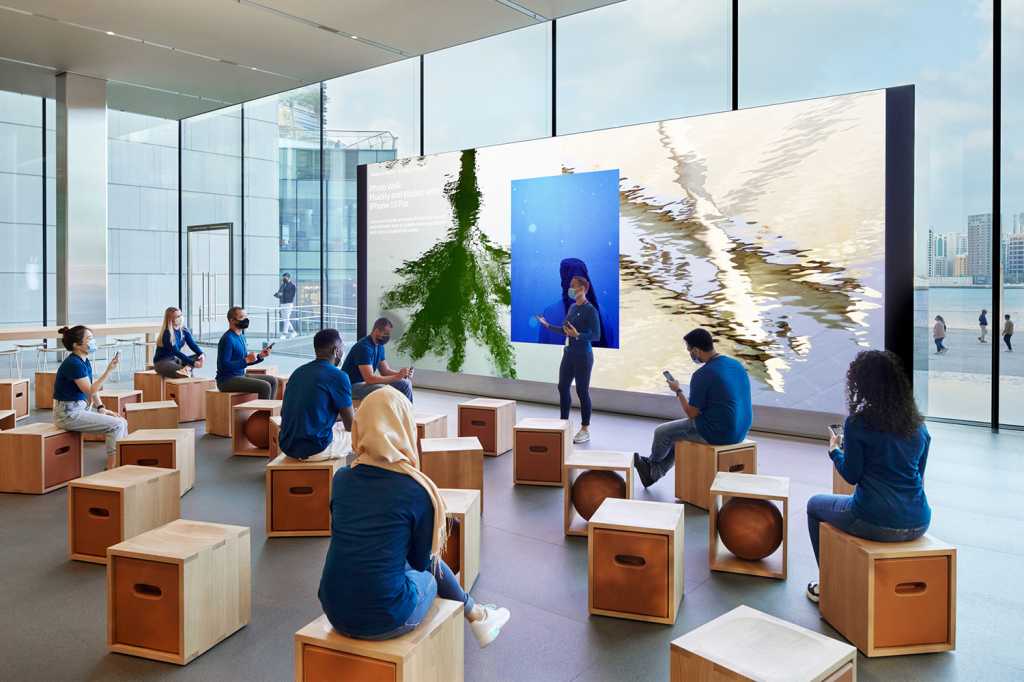 It turns out Apple Store employees are tired of takin’ what they’re givin’ ‘cause they’re workin’ for a livin’.

As the Macalope is fond of pointing out when pundits say Apple is backed into a corner by a competitor like the Essential Phone or technology it’s “late” to like folding phones, the company has more money than any other company in the history of money. The flip side of this coin (which is a Kruggerand) is that Apple should be taking care of all of its employees well. Really well.

For its part, the company is opposed to any unionization effort. And is being kind of a jerk about it.

“I must say the first part as required by law.” Always great to have a company tell you how you can vote on a yes/no question. Thanks, Apple. Good to know. There was a lot of confusion on that topic. Some people thought you could write in a vote to join the Swedish All-Nude Bowling League. You cannot. There’s a lengthy audition process. You can’t just vote yourself in. Ridiculous.

O’Brien said that union organizations do not have an understanding of how Apple runs and may not be committed to employees as Apple is.

“We run by making a lot of money and we don’t want you screwing that up by asking for things like more money, benefits or not being strip-searched every night before leaving. Glad we had this chat.”

This is all very annoying to the Macalope. The reason this is very annoying is that the Macalope has long made hay (and you know how he loves hay) about Amazon being the one that hates unions. Now it’s all awkward.

The Macalope’s never been subject to pressure tactics such as that in a workplace but he has had people try to get him into multi-level marketing schemes and cult religions practiced by actors who like to do their own stunts and the more pressure he felt the more he disliked both the proposal and the proposer. If someone made him sit through an anti-union meeting, he’d be voting for the union as fast as he could.

Maybe it’s a tactic, but Apple is doing more than just playing the heavy keys.

The new starting wage represents a 45% increase compared to 2018 and will most prominently affect retail workers.

That’s… pretty good. Seems the next best thing to forming a union is just threatening to form a union.

Of course, working in an Apple Store isn’t as bad as working in a Walmart. Or a factory where they make Apple products.

…the workers are worried their supply of daily necessities will run out as the lockdown continues.

Very few of these problems are unique to Apple. But sometimes how the smartphone sausage is made is rather nauseating.

Meanwhile, up in Renton, look who’s being all Gallant to Apple’s Goofus.

Some days a guy with a Classic Mac for a head just can’t catch a break.

It’s good Apple raised wages for its retail employees. But it’s not always just about wages and while unions aren’t always perfect (just like companies), the richest company in the world shouldn’t be afraid of a little collective bargaining in a time when retail employees have been asked to work in historically difficult conditions.