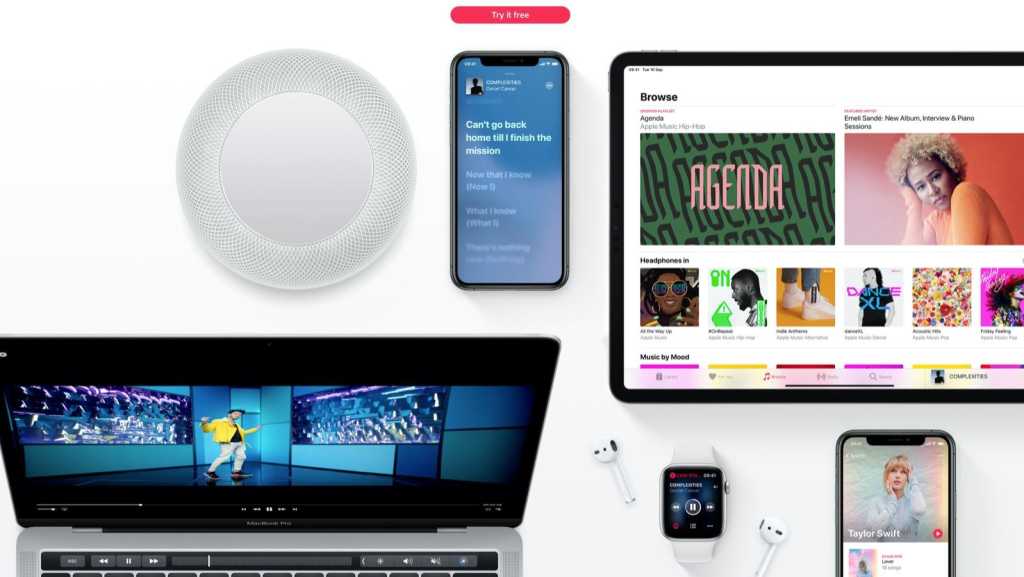 My wife is a saint. She has to put up with me complaining every time we’re in our car listening to satellite radio and a DJ comes on. “You just don’t want to hear people talking,” she says, and she’s absolutely right. I accept that other people like listening to the prattling DJs, but I hate it and I will keep changing the channel until there’s a song I want to listen to again. I don’t want to hear about who is touring where, or who said something interesting at a show, or even the behind-the-scenes detail about how a song came to be written. Not when I’m just trying to listen to music.

That’s the great thing about streaming music services like Apple Music: whether you’re listening to a curated playlist or even a “radio station,” you can skip songs you don’t like and there’s no intrusion from voices. It’s all about the music.

Or at least, it was. But recently, Apple Music has made some changes, and they’re disastrous. A new tastemaker has apparently rolled into Apple Music HQ and decided that aggressive marketing to paying customers is the solution to a problem that literally nobody had. The result is a degraded Apple Music experience.

Ad-free… except for our own ads

As pointed out by my former Macworld colleague Jim Dalrymple, Apple has taken to inserting ads into its “ad-free” on-demand radio stations. Yes, they’re ads for other Apple Music radio shows, but does it matter? The fact remains that if you listen to an Apple Music streaming radio station like Classic Rock or Alternative, you will eventually hear a 40-second ad for Zane Lowe or Strombo or other pre-recorded Apple Music radio episodes. What was once an ad-free music experience is now punctuated by… promo copy.

There are plenty of ad-supported music services out there. What’s different about Apple Music’s curated playlists and radio stations is that we pay for them, and we expect them to be about the music, and nothing but the music.

Now, couldn’t Jim solve this problem by keeping his finger close to the skip button (or the equivalent keyboard shortcut), so that when a promo appeared in his radio show, he could just skip over it? Sure, although I’ll point out that you’re not always in a context where you can immediately force a skip–if you’re nowhere near the remote, or your keyboard, or if you don’t want to be forced to shout at Siri to go to the next track.

But that misses the point entirely. Whether we listen to music to focus while writing, relax at the end of a long day, or anything in between, it’s disruptive to be taken out of the music and forced to listen to an ad. It doesn’t matter if the ad is for other Apple Music programs, or the Kars for Kids song, or even an offer to give away free gold bars–an ad is an interruption no matter its content.

Jim’s complaints rang true to me because I recently complained about discovering another new Apple Music marketing technique: inserting promotional interviews inside Apple’s curated playlists. I spent an inordinate time working while listening to Apple’s ALT CTRL playlist, which highlights the latest in Alternative Rock. It was once a fantastic playlist filled with the newest alternative tracks from Maneskin and Maggie Rogers

A while ago, Apple Music redesigned its playlist pages to highlight blurbs about artists being featured in the playlist that week, along with pictures of the featured artist. It seemed a little odd to me–and gives off the faint whiff of oily musical-artist marketing–but I could just choose to not read it, so I didn’t let it bug me too much.

Then came step two of the process: Apple began inserting a “spoken-word” track into the playlist, featuring a brief mini-interview with that week’s featured artist. The entire fundamental concept of a playlist is that it contains songs. Now Apple’s playlists also contain promotional fluff for whatever artist is making the rounds this week.

There’s an interface for that?

None of this would be that offensive… if Apple just had a way for people like me to opt out. Apple likes to boast about its connection to music, and of course, everything it does is delivered via software. This means that Apple Music lives at the intersection of music and technology. And yet, does the Music app provide any features to help me avoid Apple’s ads and promos? It does not.

Let’s start with the dumbest one of all: Though Apple carefully places its artist interview track right above a song by that artist, I shuffle the ALT CTRL playlist. The Music app doesn’t attach the spoken track to the music track or skip the spoken track during shuffles. It does the dumbest thing possible: the spoken track is shuffled so it appears randomly during a session and thus makes no sense.

Longtime iTunes users remember that there used to be the concept of an unchecked song, a song you kept in your library but would never be played. As I was reminded by reader Mario P. after this story posted, this feature still exists–if you check “Songs list checkboxes” in the Music app on macOS. While you can’t delete a song from a curated playlist, you can uncheck a song–either by switching that playlist to Songs view (View: As Songs) or by right-clicking on a song and choosing Uncheck Selection. The song will gray out and won’t play!

Unfortunately, Apple Music is always adding new songs–and new audio interstitials–to its playlists. So you will have to play a constant game of Whac-A-Mole if you want to avoid the interview pieces.

On the Mac, you also have ability to “dislike” a track, but while that feeds Apple’s algorithms (on iOS it’s inconsistently but accurately called “play less like this”), it doesn’t stop the disliked track from playing.

So this is where we are: Apple’s decision to put things that are not songs amid its collections of songs have made Apple Music’s curated playlists and algorithmic radio stations substantially worse. And at the same time, the Music app has proven unhelpful for people who don’t want their music mixed in with promos and happy talk.

The way forward for Apple Music is simple: Turn off the ads and promos until your app is capable of letting us opt out from hearing them in all circumstances. But until then, if you insist on foisting this not-music on us, I curse you to an eternity of listening to nothing but the Kars for Kids jingle. You heard me.