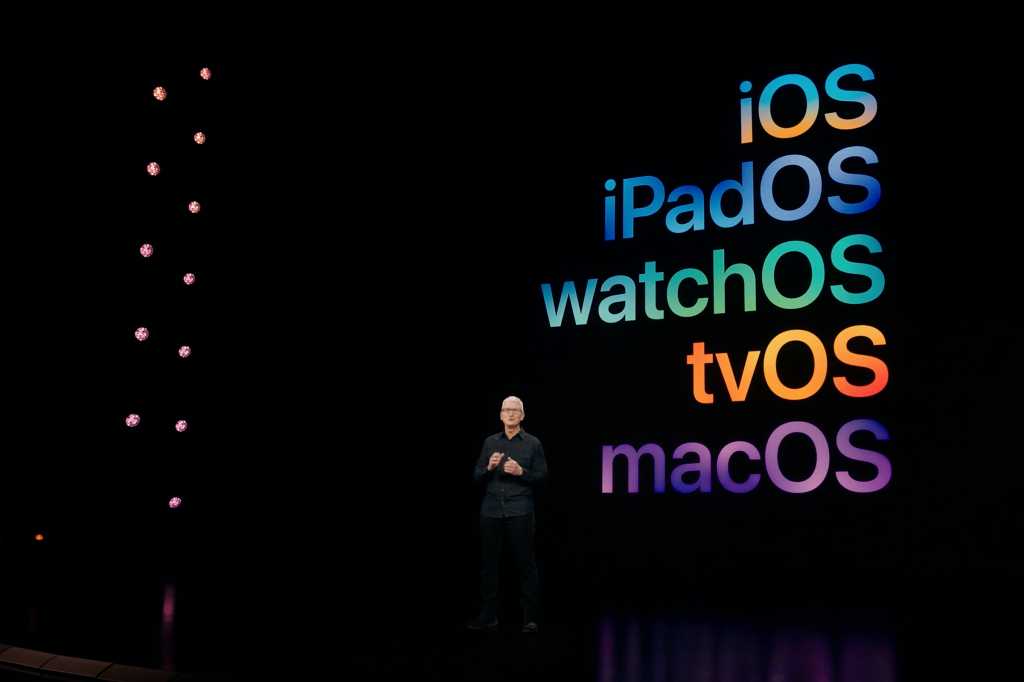 Apple’s Worldwide Developers Conference is just about 24 hours away, and the rumor mill is buzzing about all the possible announcements. WWDC is Apple’s biggest event of the year, bringing updates to every product and sometimes unveiling major hardware announcements to boot. So what will happen this year? Here’s a quick recap of all the things we hope and expect Apple to announce at WWDC this year.

The one thing we’re definitely going to get is a look at the new operating systems that will be released this fall” iOS 16, iPadOS 16, tvOS 16, watchOS 9, and macOS 13. Here’s what we’ve heard so far about Apple’s software plans:

This may be the most important thing Apple releases all year, simply because of the sheer number of iPhone owners across the planet. If you’ve got an iPhone that’s sufficiently recent (iOS 15 runs on the iPhone 6s, so anyone with an iPhone 7 or later should be fine to get iOS 16) you’ll be able to install the new version of iOS when it’s released later this year.

But before then, there’s a whole beta-testing cycle to get through. iOS 16 will be announced at WWDC, then released as a developer beta (for registered app developers only) almost immediately after the keynote. Even if you can, don’t install this unless you have a second phone—there very well may be serious flaws with the beta software that could disrupt important features and even brick your device.

Rumored new features for iOS 16 include a new lock screen with some interactive information or widgets (which will apparently get the “always-on” treatment only in the iPhone 14 Pro this fall), significant changes to the notification system, and new Heath and Fitness app features. Perhaps most importantly, several of Apple’s built-in apps are said to be in line for a refresh.

The accompanying update for iPad owners, iPadOS 16 is likely to incorporate most of the new features of iOS 16 but adapted to a larger-screen interface. When Apple gave the iPad version of iOS its own “iPadOS” name a few years ago, they were similar in most respects, and that remains true today. Still, the iPad continues to get tailored features and interface changes.

However, this might be the year iPadOS breaks away from iOS. The most significant iPad-specific thing we’ve heard from the rumor mill is a big change to multitasking. That could mean a wholesale change to the many current ways to multitask on an iPad or yet another method to add to the list. It could even mean a mode that lets the iPad, when docked, operate with floating resizable windows much like a MacBook. We’ll just have to wait for the WWDC keynote to find out.

The follow-up to macOS 12 Monterey should be macOS version 13, but don’t take that for granted: Apple noodled around on a single version number for a barely conceivable 18 years, from macOS 10.0 (Cheetah) in 2001 to macOS 10.15 (Catalina) in 2019. But that nonsense does seem to be out of the system now, with the last two releases—macOS 11 Big Sur and macOS 12 Monterey—each getting a new whole number increment.

As for the California landmark that will lend its name to macOS 13, we are amused by the idea that it might be Mammoth, but not sure Apple would want to associate its operating system with something that is extinct. The name also lends itself to massive expectations, which may be more than Apple is going to deliver.

For features, rumors say that many of the same built-in apps that get big updates in iOS will get updated here as well. System Preferences is said to get a big overhaul that makes it organized like the Settings app on iOS, and there are supposed to be significant new features that let your Mac work together with your iPhone and Apple Watch.

The new operating system for the Apple Watch will also be revealed at WWDC. watchOS is more of a niche OS than the iPhone, iPad, and Mac updates discussed above but could bring important health and fitness features to Apple Watch owners around the world.

Last year’s watchOS 8 update was available for those running a Series 3. If you’ve got a Series 4 or later you should be fine to get the 2022 update, and the Series 3 might even get one more year in the sun.

We hear that watchOS 9 will finally update several of the existing watch faces, and of course, there are always new faces available as well. watchOS 9 is also predicted to offer new health and fitness features, but that’s a pretty easy prediction to make at this point. And like the iPad, “system navigation” is also due for an update. There are plenty of watchOS features we hope to see in watchOS 9, so we’ll be keeping a close eye on the announcement.

The lowest-profile of the five big Apple operating systems, tvOS is the platform that runs on the Apple TV. Last year’s tvOS 15 update added new Siri capabilities, multi-user recommendations, and the ability to screen-share programs with friends using SharePlay. What will we get this year? We haven’t heard much about it yet, so we’ll find out at WWDC.

The big five may yet become the big six because Apple is rumored to be working on a new branded OS named homeOS. While we’ve gotten home-related features at WWDC, this would be a new name for the software that runs on the HomePod and HomePod mini, currently referred to as HomePod OS. Going to the trouble of rebranding the software would suggest that Apple wants to make more of a fuss of adding post-launch features to the HomePods in the future.

Mind you, since Apple discontinued the full-size HomePod last March, this would only run on a single device—which raises the question of where the company sees its smart-home strategy going in 2022. Has it got other homeOS-based products up its sleeve? We’ll have to wait and see.

Before we move on to hardware, we should bring up the “realityOS” rumor going around of late. A holding company assumed to be an Apple shell company filed paperwork for a trademark on “realityOS” last year, and the deadline is just days after WWDC. While we think the shell company likely is one of Apple’s and the registration is legit, we don’t think we’re going to be introduced to Apple’s mixed-reality headset or “realityOS” operating system just yet. It would be a great surprise, but don’t get your hopes up.

There are also some pretty loud rumors about a redesigned new MacBook Air, perhaps with an M2 chip. The new machine has been rumored ever since last year and is expected to bring a thinner design with new iMac-inspired colors and skinnier bezels. We could also see a new MacBook Pro with an M2 processor, but that’s more likely to appear at an October event if at all.

Over the years, several new Mac Pro models have been revealed at WWDC and this year could bring another one. By the time Tim Cook takes the stage at the WWDC keynote, it will have been two years since Apple announced its plans to move from Intel to its own silicon, and the Mac Pro is the last Mac to make the transition. We expect the Apple silicon-based Mac Pro to be announced or teased, possibly without pricing, with a release date near the end of the year. We’re not sure exactly what it will look like, but we know one thing—it’ll have a crazy-fast processor (or processors).

There are rumors that the Pro Display XDR could get an update in 2022 and what better place than WWDC, alongside a new Mac Pro. There have been rumors that Apple is working on a 27-inch mini-LED monitor with ProMotion to replace the again LCD. And this time we hope the stand doesn’t cost $999.

Also in need of an update is the other Intel-powered Mac remaining in the lineup. The next Mac Mini is said to have a slightly redesigned shell, more in keeping with the just-released Mac Studio (only thinner). But the real attention will be on the processor, which many are expecting to be an M1 Pro to give the Mac mini a lot more power.

When Apple launched the Mac Studio it also discontinued the 27-inch iMac, but that doesn’t mean that the large iMac is dead. Indeed, Apple may launch a new iMac Pro at WWDC with a mini-LED display, thinner bezels, and more ports. Perhaps they’ll call it iMac Studio?