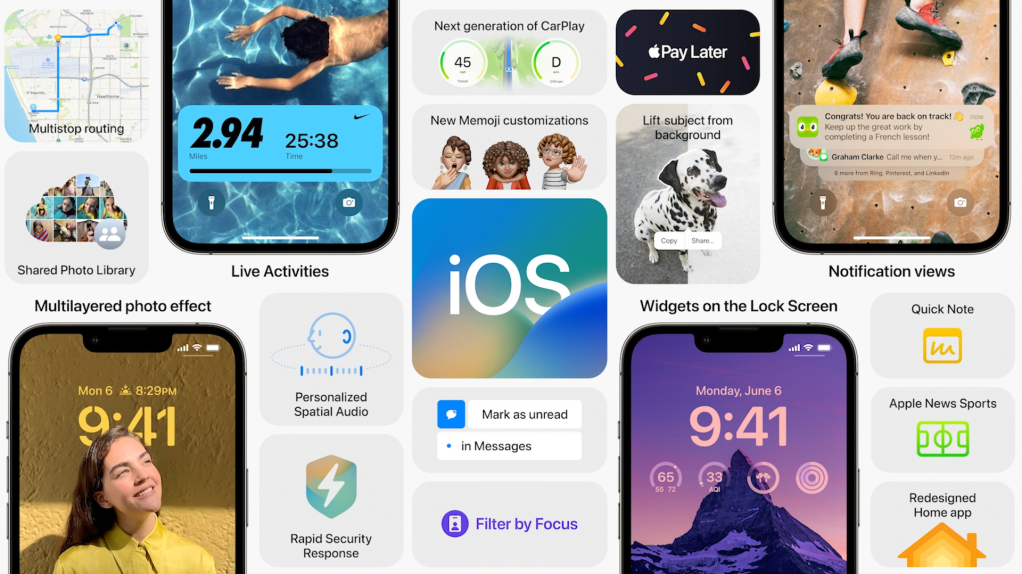 iOS 16 was released on Monday, September 12, and iPadOS 16 arrived on Monday, October 24, bringing numerous new features on the way. But will your iPhone be able to take advantage of the update?

It’s bad news if your iPhone is older than the iPhone 8—Apple has ended support for the iPhone 7 and older, so you won’t be able to upgrade your iPhone software to iOS 16. But even if you have a newer iPhone, you still may not get the full iOS 16 experience.

As Apple noted in the iOS 16 announcement, the new software is available as a update for iPhone 8 and later. These are the iPhone models that can get iOS 16:

This means that the following phones that were supported by iOS 15, have now fallen off the list:

If your iPhone cannot run the latest iOS you should keep in mind that Apple does provide security updates for older versions of iOS. This means that Apple won’t stop support immediately for the iPhone 7 and older handsets, but they will stop receiving updates with the next couple of years, which means devices could be vulnerable to hacking.

Will my iPad run iPadOS 16?

Apple has announced that many of the same tablets that received iOS 15 will be able to get iOS 16:

What iOS 16 and iPadOS 16 features won’t work on older handsets?

There are a lot of new features that will require the A12 Bionic chip, which arrived with the iPhone XS. So if you have an iPhone 8, 8 Plus, or the iPhone X you’ll be missing out:

Read more here: Here’s why your iPhone is missing some iOS 16 features.

Additionally, Stage Manager in iPadOS 16 will only run on iPad Pros with the A12X, A12Z, M1, and M2 chip, and the iPad Air with the M1 chip. Full external display support is only supported on the M-Series iPads as well. Plus, Magnifier Detection Mode and Door Detection and virtual memory swap are only available on the M1 iPads and later, and Reference Mode is only supported on the 12.9-inch iPad Pro with an M1 processor or later.

This isn’t great news for owners of older handsets, but you’ll still get great features like the new Lock Screen and Messages editing. And besides, you can always use this as an excuse to buy a new iPhone. If you want to do that be sure to check out our best iPhone deals round up.

iOS 16 and iPadOS 16 features that aren’t available yet

If you were expecting a new feature and don’t find it on your iPhone after updating that doesn’t necessarily mean it won’t be coming to your iPhone. There are always a number of features that Apple initially announced that weren’t ready for the September launch day or iOS 16.1. These are the features we’re still waiting to get in a future update:

This is a feature of the iPhone 14 range that will let those phones connect to satellites in an emergency, but Apple says it will be “will be available with an iOS 16 software update coming in November 2022.”

This new app that allows for collaborative projects isn’t included in iPadS 16.1.