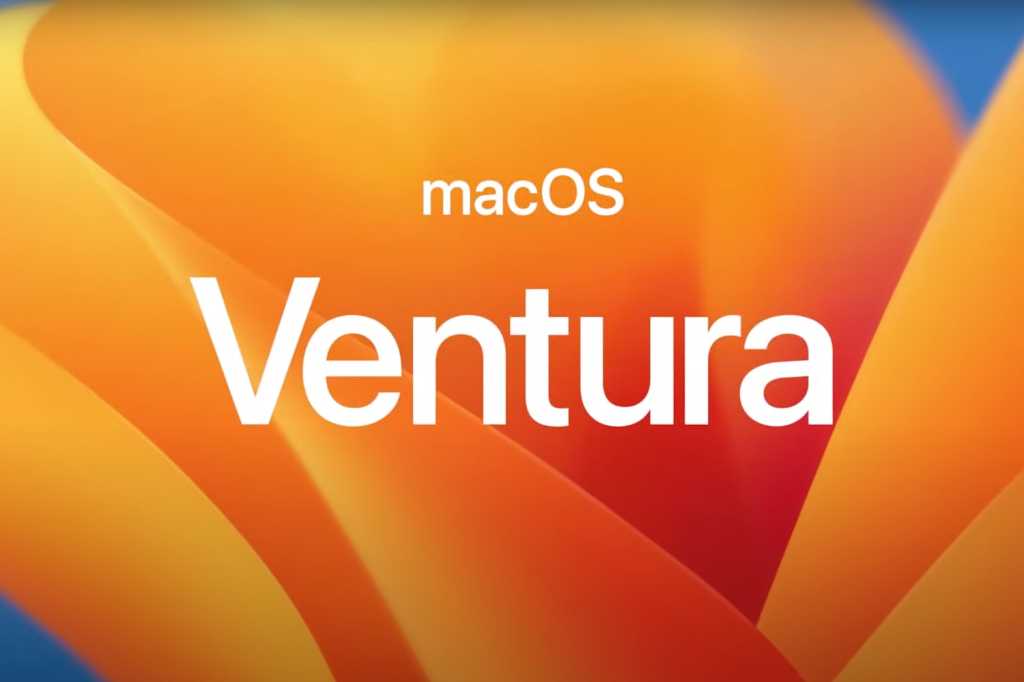 Apple on Monday during its WWDC keynote took the wraps off of macOS 13 Ventura, the next major version of the Mac operating system. A beta test version of Ventura is available to developers now, with a public beta coming in the next few weeks. The official release to the general public will happen this fall.

Ventura has a ton of new stuff, but we’re highlighting the top features here.

Mac users tend to work in multiple apps and files at once, which leads to dozens of open windows. You can use Mission Control to sort your windows, but it’s still overwhelming to find the one you need. The new Stage Manager helps you get control of those windows.

Stage Manager can be activated in Control Center, and it places your active window in the center of the display, with thumbnails of your other windows placed in a vertical row off to the side. When you click on a thumbnail, the open window transitions to the thumbnail row, and the clicked window takes center stage. If an app has multiple windows open, you can cycle through them in the thumbnail.

If you have a group of windows that go together for a task you’re working on–for example, a Safari windows for a store, Notes with a shipping list, and Maps to get directions to the store–you drag thumbnails to the center of the screen and create a grouping. You can also drag files from the Desktop onto an app thumbnail to open those files in that app.

iCloud Shared Photo Library is one of several collaboration features that Apple is introducing in macOS Ventura. You can now create a photo library and share it with up to six family members to create a shared collection of photos.

Apple gets a lot of grief for the quality of the FaceTime camera included with Macs. The company’s fix for this isn’t to upgrade its camera, it’s to introduce a new feature called Continuity Camera. But to use this feature, you need an iPhone 11 or later running iOS 16.

Continuity Camera is like Universal Control in that you can mount an iPhone to the Mac, and macOS Ventura automatically senses the device and wirelessly connects to it. You can then use the iPhone camera in FaceTime and other apps.

Continuity Camera has features such as Center Stage (which keeps you in the center of the frame) and Portrait mode. The new Studio Light feature uses the iPhone flash to provide better lighting, and the new Desk View creates a two-shot view, one of the person, and another of the desk top in front of the Mac. Studio Light requires an iPhone 12 or later running iOS 16.

Passkeys is a feature in Safari that basically lets you use Touch ID instead of a password for a website. A unique digital key is created for the specific site you want to access, and when you want to log in, the key is submitted to the site and you authenticate it using Touch ID on a Mac or Face ID on an iPhone or iPad.

Apple said that a Passkey can’t be phished, since you can’t inadvertently hand over a Passkey to a hacker, and since Passkeys aren’t saved on a web server, they can’t be revealed in a leak. And Passkeys are synced across Apple devices.

Apple said it is working with the FIDO Alliance to make sure that Passkeys work on non-Apple devices. (More specifically, Passkey Apple’s implementation of the FIDO password-less authentication standard). From the keynote, it looks as if you need to scan a QR code displayed on a non-Apple device to access a Passkeyed account.

Spotlight, the built-in search for macOS, has a refined interface so that it’s more uniform across its platforms. The other new features help make Spotlight a more viable way to interface with the Mac.

Quick Look, the feature that provides a large preview of an image, finally works in Spotlight and finally can find media in your Photos library. Spotlight will also support Live Text (which was introduced in macOS Monterey), which allows users to search text in an image. Actions can now be performed within Spotlight, so you could use Spotlight to start a timer, run a shortcut, or create a document.

In a move that seems to compete directly with Google, Spotlight will offer more robust results when using it to search for information on things such as movies, TV shows, personalities, businesses, and sports. Spotlight will fill its results window with more information for you to peruse.

You might also like to read about how Ventura compares to Monterey and the features in Ventura Apple didn’t announce. Will your Mac run Ventura? Read: Ventura Compatibility and note that even some Macs that run Ventura won’t get all the features. For the latest updates about Ventura read our guide to Ventura’s latest version, problems and fixes.