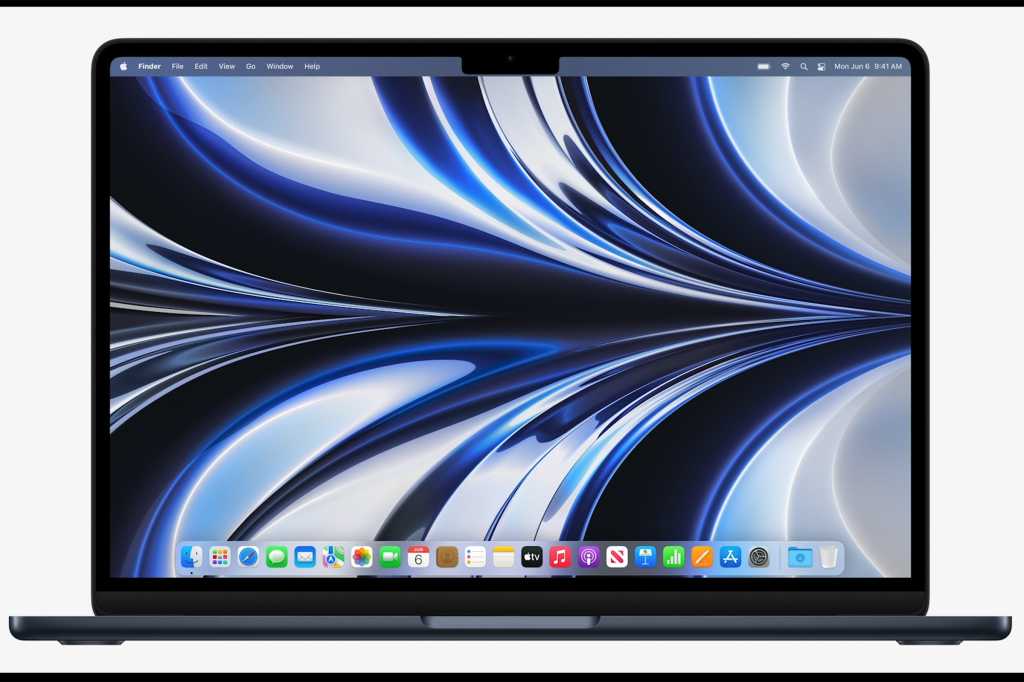 Apple’s new M2-based MacBook Air, which was announced at WWDC earlier this month, could be hitting shelves in just two weeks. That’s according to a “retail source” cited by MacRumors, in a news story the site describes as an exclusive.

At the time of the announcement, Apple said only that the M2 Air would launch at some point in July. If MacRumors’ source is accurate, the hardware will appear in stores on July 15, while pre-orders are likely to begin a week earlier, on July 8.

The MacBook Air M2 starts at $1,199, with several chip, SSD and RAM options that push it much higher. If the M2 MacBook Pro is any indication, custom amounts of memory and storage will likely see longer shipping times. The M1 version is still available from $999.

There’s much to admire about the new Air, which features a completely new design, new colors, and an upgraded display which is bigger and brighter than the one on the previous model. It supports more RAM at the top configuration, while even the base 8-core GPU version of the M2 processor is 18 percent quicker than the old M1, according to Apple. We’ll reserve judgment until we can get a review sample into our labs.

Note, however, that while the M2 is the newest Mac chip, it isn’t the best: the souped-up Pro, Mac and Ultra versions of the M1 are actually quicker. That shouldn’t stop you from buying the new Air, but it’s worth bearing in mind.