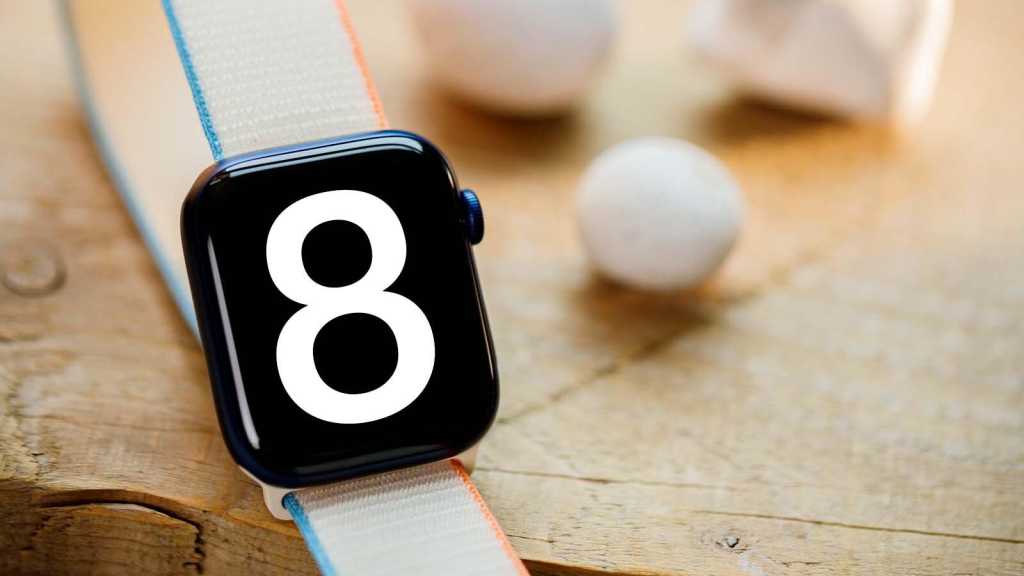 This fall marks the eighth anniversary of the announcement of Apple’s newest major hardware category, the Apple Watch. In that time, it’s become the leading example of a wearable device and though other companies have produced competitors, none have quite managed to match the popularity or cachet of the Apple Watch.

The device has evolved too–perhaps not as dramatically as the iPhone did in its first eight years–changing from a do-everything phone replacement on the wrist to one focused on health and fitness…and then sort of back to its phone replacement roots. It’s gotten a larger screen, more sensors, and different case materials, but you still can’t make your own watchfaces.

What’s on tap for the Apple Watch this fall? What does Apple, if you’ll excuse the expression, have up its sleeve? Unsurprisingly, rumors already abound.

Over the last few years, there’s been more than one report that Apple is working on a different version of the Apple Watch: one aimed less at those looking for a fashionable accessory and more at the active users who put their devices through the wringer. Though Apple has lately tried to emphasize just how tough the Apple Watch is, there’s always room for improvement. (As someone who recently broke an Apple Watch, I can report this firsthand.)

The latest rumors suggest a ruggedized Apple Watch could make an appearance this fall, featuring a rubberized case that would be less susceptible to dings and nicks and provide better impact resistance for those who take theirs on runs, hikes, and other more adventurous activities.

This, to me, is the future of the Apple Watch: a broader set of models set apart by something more than just styling. A ruggedized Apple Watch would be aimed at a specific market that’s not well addressed by the current line-up of devices and might help bring in entirely new customers who wouldn’t previously have considered one. It may even open up Apple to adding entirely new editions of the Apple Watch in the future, exploiting the device’s versatility.

Is it hot in here?

Another report making the rounds suggests that Apple might incorporate a temperature sensor into the Series 8 Apple Watch. This would likely use infrared temperature measurement and might not give you exact data about your body temperature, telling you only whether or not it suspected you have a fever and encouraging you to verify with an actual thermometer. (There are, it seems, some limitations to checking temperature via your wrist, depending on whether you’re indoors or outdoors, for example.)

Adding additional sensors to the Apple Watch has hit some obstacles. For many years there have been suggestions that sensors for blood pressure and blood sugar might be in the works, but both of those have proved tough nuts to crack, in part from a technological perspective, but also in terms of regulatory approval. (There’s a reason that Apple describes the blood oxygen functionality on the Series 6 and later as “not intended for medical use, including self-diagnosis or consultation with a doctor, and…only designed for general fitness and wellness purposes.”)

However, fever detection as a functionality is not only a feature that is less critical than something like an ECG, but also one with a decidedly practical application, given that we’re still (yes, still)in the midst of a pandemic of which fevers are a common symptom.

On the big(ger) screen

If there’s one place that Apple can’t go wrong with the Apple Watch, it’s increasing the screen size. I owned a Series 4 for many years and wouldn’t have replaced it yet had it not been for that aforementioned unfortunate incident that left me with a cracked display.

I didn’t expect to notice a major difference with the Series 7 that I replaced it with, but I’ve been impressed with what a difference just twenty percent more real estate makes: everything feels less cramped, more information is available at a glance, and using an onscreen keyboard is weirdly feasible.

So the suggestion that a Series 8 watch might up that by another 5 percent is surprisingly intriguing. It’s not so much that it represents a marked increase over the current screen size so much as it shows Apple’s commitment to continuing to push just how far its display technology can go. Such an increase would mean that the display is now well over 50 percent larger than the one from the original Apple Watch eight years ago.

Of course, a larger screen could go hand in hand with some more extensive redesign. There have been rumors for a year or more now that a “flat edge” version of the Apple Watch, perhaps more reminiscent of recent iPhone models, could be in the works—not to mention the perennial suggestion that Apple should aim for a round display to replace its rectangular one.

I have to wonder, though: the Apple Watch look has become iconic, no less than the iPhones. In eight years the design has gotten a little larger, but it still looks mostly the same. So is now the time for Apple to make a big change to the overall look of its wearable? We’ll find out for sure in a couple of months.