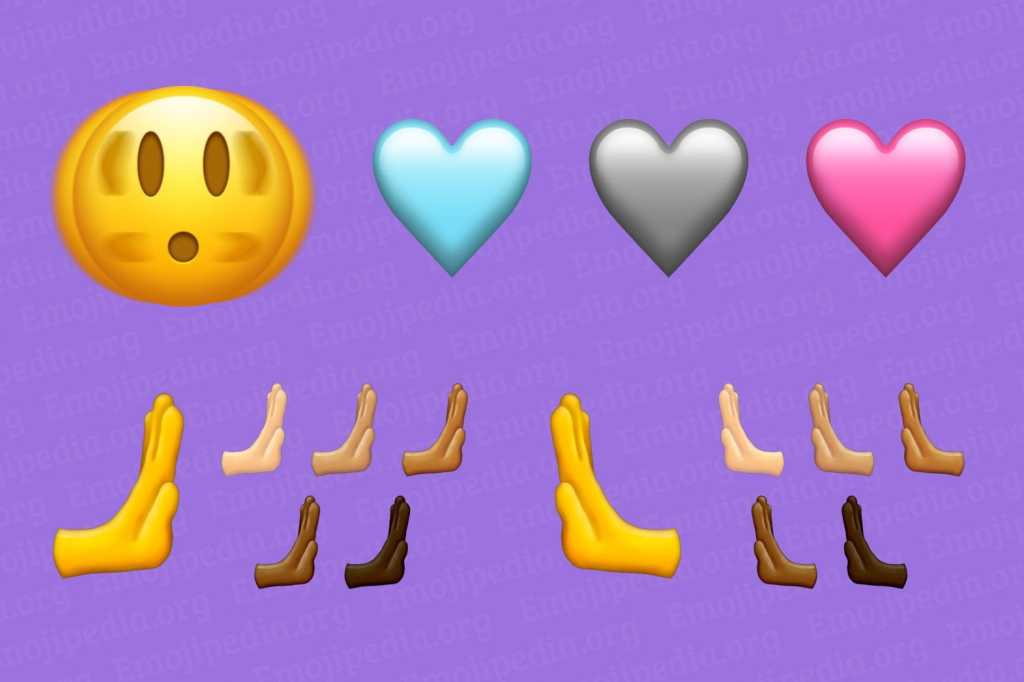 The emoji list is now on version 15, and Emojipedia’s announcement includes drafts on the proposed list. How they eventually look on Apple devices will vary, but they’ll look very similar to Emojipedia’s drafts.

Also, some emoji on the list “might not make the cut,” according to Emojipedia, but since there are so few of them, we’re expected to see them all. The final list will be approved in September, which means we could be able to start using them in an OS update in early 2023.

Some of the new emoji are in the image at the top of this article. The first is Shaking Face,  followed by hearts of the Light Blue, Grey, and Pink variety. And then there’s a set of Rightwards and Leftwards Pushing Hands in different skin tones. But as always the best ones are the most random and unique:

I’m a big fan of ginger, but this looks like a sickly digestive tract.

A Sikh symbol of martial history and spiritualism.

For those times moose are on the loose.

For those times when you need to shake things up.

There are a lot more new emoji, including a jellyfish, goose, and single wing that you can see in the complete version 15 list.