The Mac’s FaceTime camera sucks–720p or 1080p, it doesn’t matter. But Apple does make great cameras, like those in the iPhone, and with macOS Ventura and iOS 16, Apple is leveraging its iPhone cameras so they can be used as a webcam through a new enhancement to macOS’s Continuity Camera feature.

If you’re sick of being embarrassed by your Mac camera’s image quality during video conferences, or you demand better quality for video recordings of yourself that you want to use, Continuity Camera is a godsend. And fortunately, it’s so easy to set up and use, that you’ll come to rely on it and only use the Mac’s built-in camera in emergencies.

Here’s how to set up and use Continuity Camera. But first, here are the requirements: 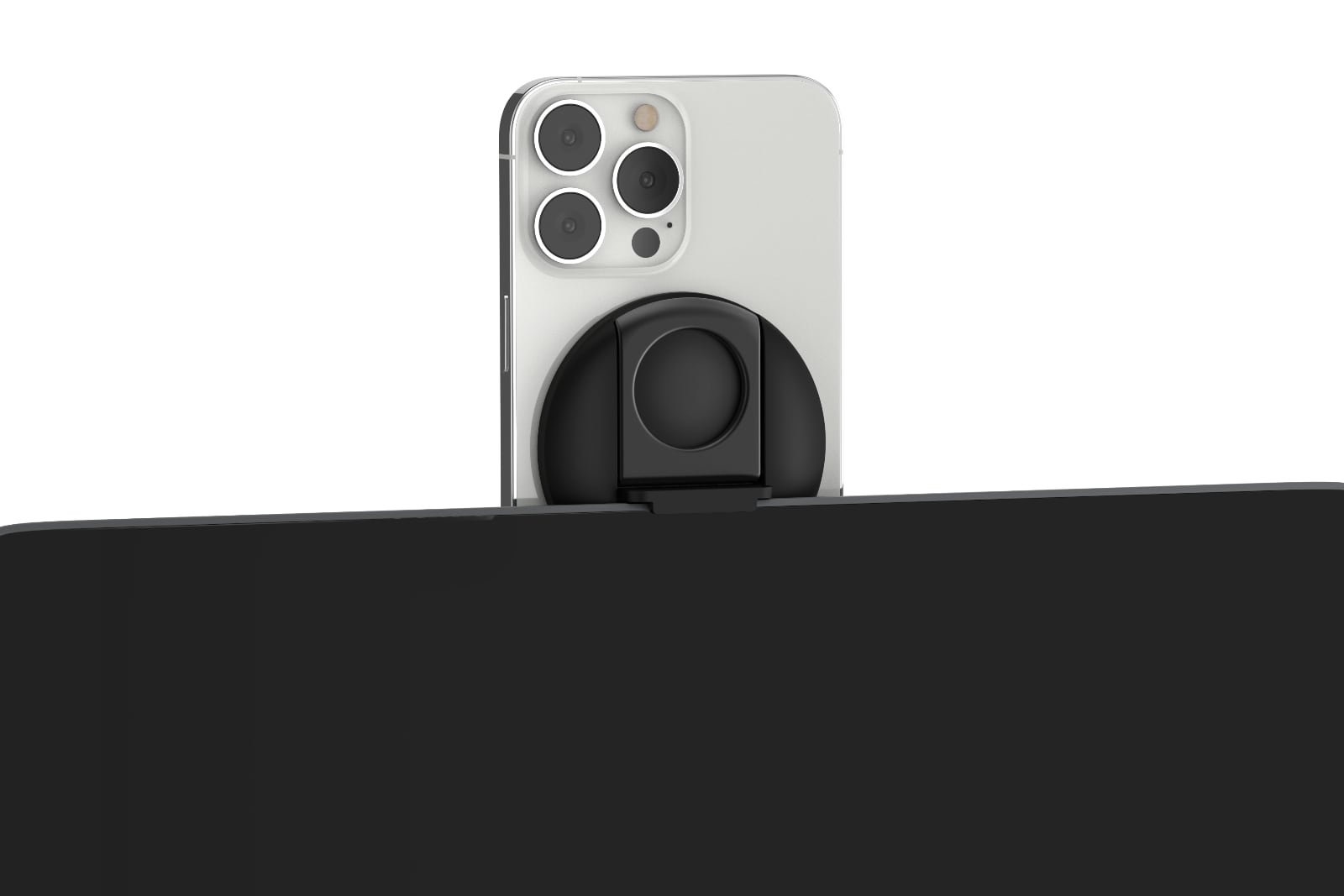 How to use an iPhone as a webcam

Turn on Continuity Camera on the iPhone

Open the Settings app on your iPhone and then tap General > AirPlay & Handoff, then flip the switch on for the Continuity Camera Webcam setting. Exit Settings.

Mount the iPhone on top of the Mac’s display using a holder or mount, or set it up using a tripod or some other method. You can even hold the iPhone–the phone just needs to be within Bluetooth range of the Mac.

Open a video app on your Mac

On your Mac, open the video app you want to use: FaceTime, Zoom, etc. (In this demo, I am using QuickTime.) After launching the app, go to the setting that allows you to select a camera; in QuickTime, there’s a menu next to the record button. The name of your iPhone should appear in the list of available cameras. Select your iPhone, and that’s it! You should be using your iPhone as the Mac’s webcam. (Note: At the time of this writing, iMovie did not support Continuity Camera.)

You may also be able to select the iPhone’s microphone as the audio input device. Where you select the microphone depends on the app. In QuickTime above, it’s in the same menu as the camera selection.

How to turn on Desk View

Desk View uses the Ultra Wide camera on the iPhone (iPhone 11 or later required) to shoot a view of your desk. It can also capture you at the same time, so you can do desktop demonstrations,

At the time of this writing, however, Desk View has a fixed angle view, and that angle is such that it can’t see a MacBook keyboard if the iPhone is mounted on top of the laptop’s display–Desk View captures the area about a foot in front of the laptop. Apple hasn’t stated whether the angle will be adjustable in the future.

To turn on Desk View, you must have Continuity Camera running. Open the Control Center in the menu bar and click on the Video Effects button (this button will not appear if the camera is not running). A Video Effects menu appears; select Desk View. This is also where you turn off Desk View.

A Desk View app will launch. To be able to see the video app you are using and the DeskView app at the same time, You can try tiling the windows to help you see them (Window > Tile Window to Left/Right Side of Screen), however, some apps (like FaceTime) won’t work with tiling.

We discuss how to adjust Desk View in more detail in another article.

How to turn on Center Stage

Center Stage is an effect that keeps you in the center of the frame (iPhone 11 or later required). With Continuity Camera running, open the Control Center in the menu bar and click on the Video Effects button. A Video Effects menu appears and then you select Center Stage.

How to turn on Portrait mode

How to turn on Studio Light

Studio Light uses the iPhone flash as a light to brighten up your picture (iPhone 12 or later required). With Continuity Camera running, open the Control Center in the menu bar and click on the Video Effects button. Then select Studio Light.

How to disconnect your iPhone as a Mac webcam

Camo and other iPhone webcam apps

The idea of using an iPhone for a webcam isn’t new. Reincubate has made the Camo app for Mac for a number of years. Camo has a ton of features you won’t find in Continuity Camera, such as image fine-tuning controls (ISO, focus, temperature, tint, hue, mirroring, and more), overlays, and effects such as augmented reality and portrait mode (but no Desk View-type feature). Compared to the free Continuity Camera, Cam is pricey at $39.99 for an annual subscription or $79.99 for a lifetime license, but if a webcam is vital to your productivity, the price may be worth it for the extra controls. Reincubate has a website that compares Continuity Camera and Camo.

Canon, Nikon, and Panasonic offer software that let you use their DSLR cameras as webcams. Ecamm Live (subscription plans start at $16 per month) is a third-party app that provides several production tools and effects for DSLR webcams.

If you’d rather get a webcam check out our round up of the best webcams for Mac.