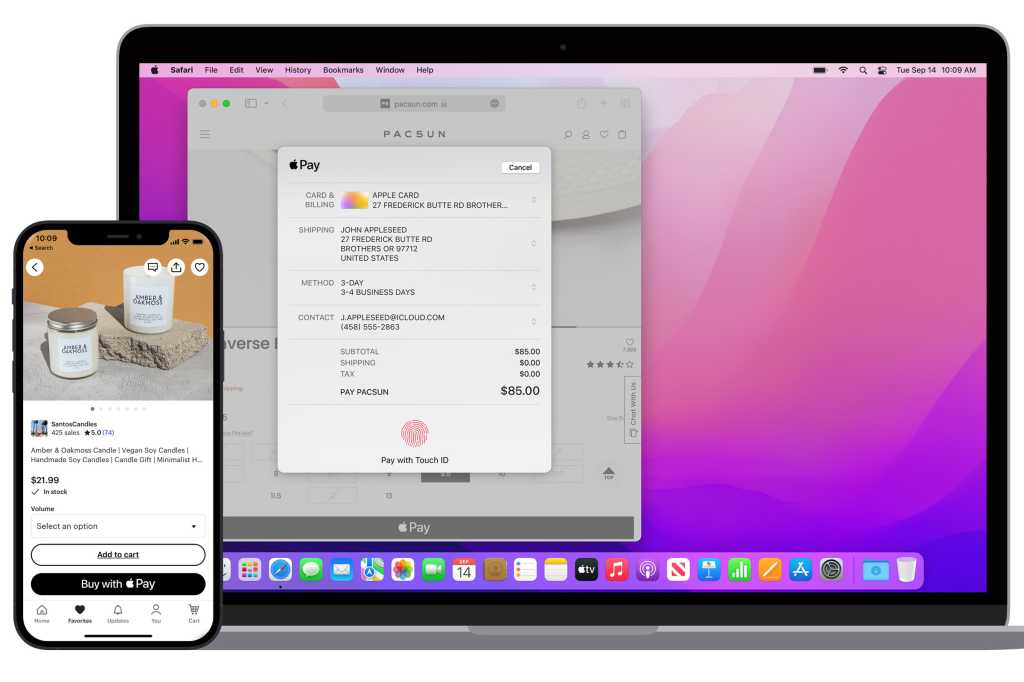 Apple Pay is one of the easiest and most secure ways to buy something online, but there’s one problem: It only works with Safari. In iOS 16, it looks like that’s finally changing.

Macrumors contributor Steve Moser discovered that in the most recent iOS 16 beta, Check Out with Apple Pay buttons appeared on Apple.com and other sites that support the service. In iOS 15, shoppers only see generic Check Out buttons. The change will presumably apply to all websites that support Apple Pay on Safari.

The change has not come to the macOS Ventura beta. On the Mac, browsers are allowed to use engines other than WebKit, so supporting Apple Pay would require bigger changes. On the Mac, most third-party browsers use Google’s Chromium engine.

Some users on Reddit have also spotted support for Apple Pay in Firefox (via The Verge), so it appears that all browsers will have the option to incorporate Apple Pay support on iOS and iPadOS in iOS 16. It’s not clear when Apple instituted the change or whether it will be implemented into the final release.

Apple is under increased pressure from government and other regulatory bodies to loosen its restrictions on third-party apps and device interoperability. Apple’s Sign In with Apple service already works with other browsers on iPads, iPhones, and Macs. See: Apple sued for blocking Apple Pay rivals on iPhone and Apple could be forced to support Google Pay and Samsung Pay.