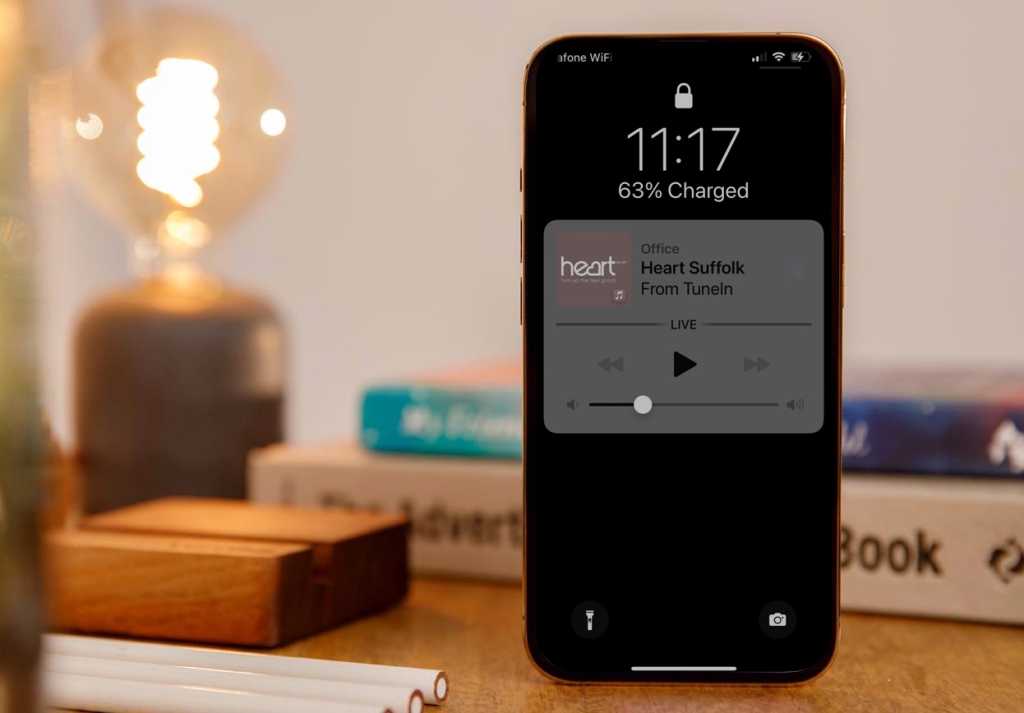 An always-on display was one of the most wanted features for the iPhone 13 that never materialized, but it looks like the wait will soon be over. Over the past several months, evidence has mounted that makes an always-on display in the next iPhone indisputable—though unfortunately it may be only the iPhone 14 Pro and Pro Max that get the new feature.

It’s been a long time coming, Bloomberg’s Mark Gurman was making predictions about an always-on display in the iPhone 13 back in July 2021 while leaker Max Weinbach also said the 2021 iPhone would get an always-on screen. The feature didn’t make its way into the 2021 iPhones though, despite the fact that an always-on display has been a standard feature on Android phones for some time. Apple’s no doubt been waiting until it was confident that having an always-on screen wouldn’t be too detrimental to battery life and it looks like it might have finally mastered this.

Having an always-on display would mean the iPhone could display information such as the time, date, widgets, and notifications when the phone isn’t in use. To stop the screen from draining the battery brightness needs to be low and colors muted, but it seems Apple has even more planned. Here’s everything we know about the always-on display feature in the next iPhone.

How Apple’s Always-On iPhone will work

In his May 2022 prediction prior to the unveiling of iOS 16 at WWDC that the update will include a comprehensive revamp of the iPhone lock screen, Gurman reported that iOS 16 “builds in future support for an always-on lock screen. Now that the betas of iOS 16 and Xcode are out more and more information about how Apple is addressing the always display challenge is emerging. We already know that Apple has dramatically changed the Lock Screen in iOS 16, which appears to be a precursor to an always-on display.

The latest Xcode 14 beta has revealed how Apple might be changing the Lock Screen interface to eliminates details from on-screen widgets. MacRumors contributor Steve Moser wrote on Twitter that the beta 4 Simulator app shows a version that removes texture from a graphic that would normally be displayed on the screen at wake up.

Changes to how widgets display

Following Steve Moser’s tweet (above) developer rhogelleim (@rhogelleim) tweeted an image of a widget that would normally have color but now appears in black and white on the locked display. As MacRumors reports, these findings indicate that iPhone 14 Pro‌’s always-on display will remove color and details from widgets and other content when the iPhone is locked.”

Display Supply Chain Consultants CEO Ross Young tweeted in May that he is expecting Apple to adopt an LPTO display similar to the Apple Watch that lowers the refresh rate all the way down to 1Hz when not in use. This would be an improvement on the iPhone 13’s OLED display, which is only able to reduce to 10Hz. A 1Hz refresh rate should allow information such as the time, widgets, and notifications to display while the ‌iPhone‌ is ‘sleeping’.

Thanks to internal files in iOS 16’s fourth beta 9to5Mac were able to recreate the way iPhone wallpapers transition between Normal and Sleep modes on the iPhone 14 Pro. It appears that Apple intends to create custom Sleep versions of each wallpaper that feature muted colors and display in low brightness, therefore consuming less power.

Which iPhones will get an always-on display?

Several reports indicate that the feature will be exclusive to Apple’s flagship iPhone 14 Pro and iPhone 14 Pro Max, so if you want the feature you’ll need to buy Apple’s most expensive phone. The iPhone 14 Pro is also expected to get several other upgrades, including a new camera and notch design, which you can read about in our complete guide to the 2022 iPhone 14.