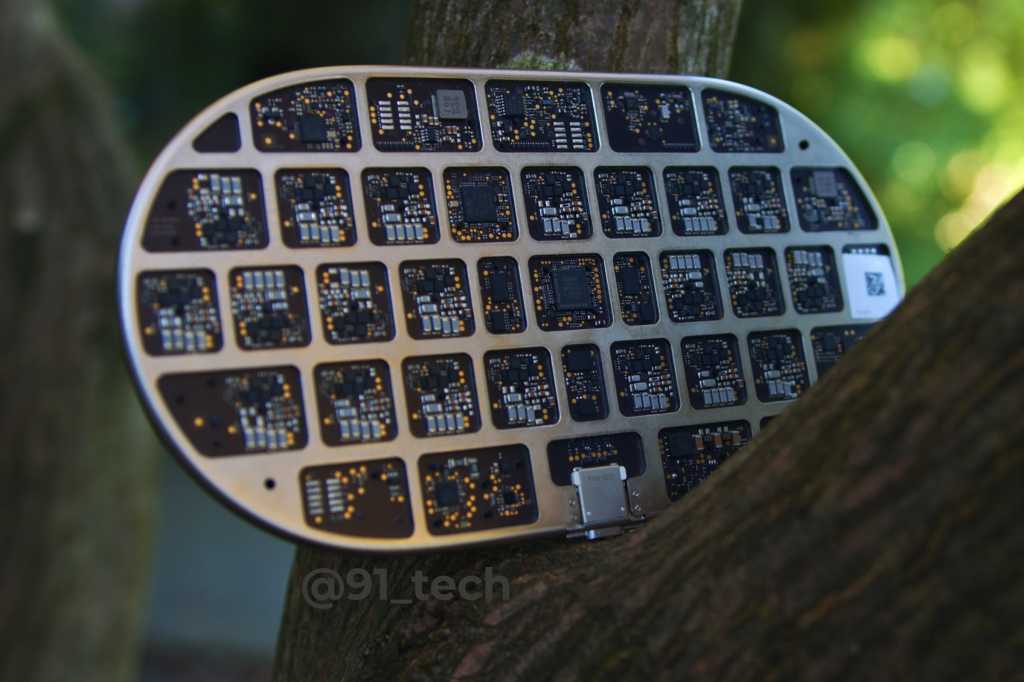 Anyone who follows Apple know the legend of AirPower. Announced alongside the iPhone X in 2017, it was supposed to be a game-changing wireless charger that let you charge your iPhone, AirPods, and Apple Watch all at once on a low-profile mat with a single Lightning cable.

As we all know, the project was killed in 2019 having never seen the light of day. Now iPhones have MagSafe, Apple sells a travel charger that’s much less ambitious, and AirPower has become a footnote in Apple’s history.

But every now and again a prototype pops up to remind us. This one comes courtesy of YouTuber Josh at 91Tech, who has collaborated with Apple Demo to offer a detailed look at the inner workings of AirPower. The prototype he has is from June 2017, just a few months before Apple unveiled the device at the “Let’s meet at our place” event.

While 91Tech wasn’t able to get the unit to actually charge a device, he was able to glean some interesting deatails about it. For one, there are 22 coils, all of which are able to be controlled separately via tiny circuit boards. When he plugged the until into his MacBook, he was able to connect to it via Terminal and spotted several “calibrate” commands for aluminum, ferrite, and air. He’s unsure what these terms meant but a reboot was able to successfully calibrate the device.

The prototype is impeccably engineered with some 40 mini circuit boards neatly arranged on the underside of the case. It’s thinner than most single-device chargers and includes no cooling, which is likely where the trouble began. As has been documented, AirPower had issues with its thermal design, with reports saying devices caught fire while in use.

The whole video is a fascinating look at one of the rare Apple devices that was announced but never shipped.