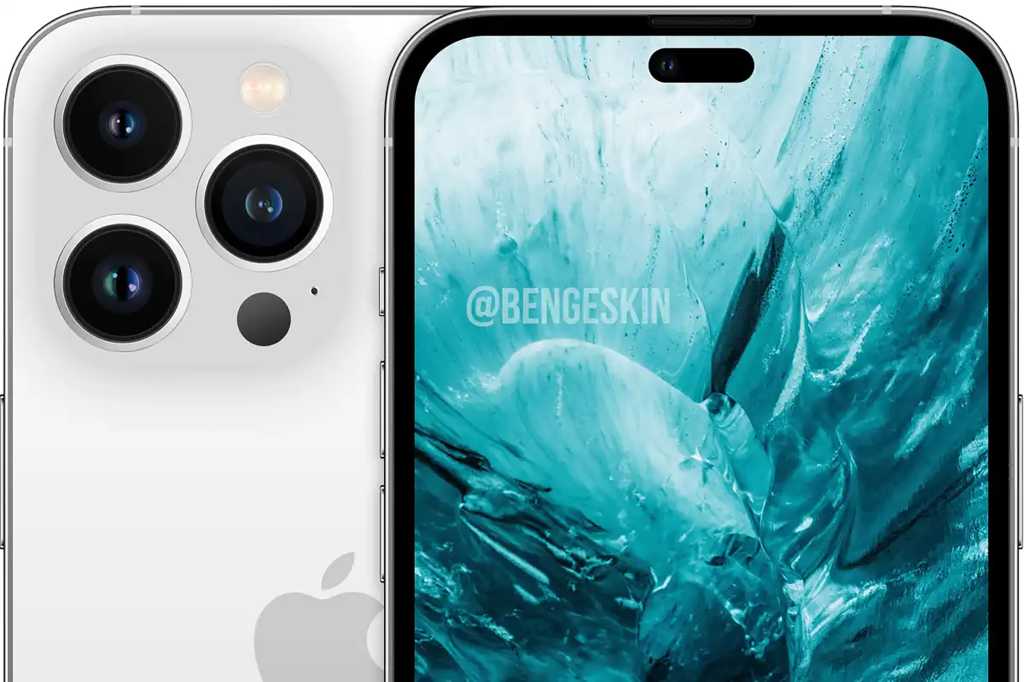 Ever since the first iPhone 14 rumors began, we knew the Pro models were losing the notch. And basically from the start, we’ve expected there to be two holes near the top of the screen—one for the camera, and a larger pill-shaped cutout alongside it for the TrueDepth sensors.

As we’ve learned in the past couple of days, however, that’s not the whole picture. While the display will technically feature a hole+pill design, rumors now say users will see the camera holes as an elongated black bar at the top of the screen. Apple is apparently using software to black out the space between the holes to make it appear as a single bar.

The rumor was seemingly confirmed by Mark Gurman of Bloomberg, who tweeted, “This is true. It looks like one wide pill shaped cutout. Having that separation would look odd during use.”

When you see it, it absolutely makes sense. If there’s one thing Apple likes in its design language, it’s symmetry, and connecting the bars makes the cutouts appear perfectly balanced. Fold the phone in half and the two sides match perfectly like the iPhone X or MacBook Pro. A hole+pill setup doesn’t have quite the same effect.

Some people will naturally gripe about Apple’s decision with the iPhone 14 Pro’s camera cutout, but it’s not like you’re gaining any screen real estate by having the screen flow around the holes. A black bar is less distracting, more symmetrical, and cleaner than two different sized holes. And it’ll be functional too—according to 9to5Mac, Apple will move the indicators for the microphone and camera to the space between the cutouts and “let users tap on these indicators to see a clear list of which applications are using (and perhaps have recently used) the microphone and the camera.”

Plus it’s unique. The only Android phone in recent history that had anything other than a round camera cutout was the Galaxy S10 Ultra, which had a larger cutout for two cameras in the far right corner of the display. The positioning wasn’t ideal and the dual-camera concept was quickly abandoned in the S20. Since then, Samsung, Google, and nearly every other Android phone has featured a single camera hole at the center or corner of the top of the phone. Apple’s will absolutely stand out—which is how it likes it.

It all seems so obvious now. As predicted by Ben Geskin way back in October 2021, the iPhone 14 will feature a cutout that’s not a notch but is still very much in Apple’s wheelhouse: simple, symmetrical, and unique.